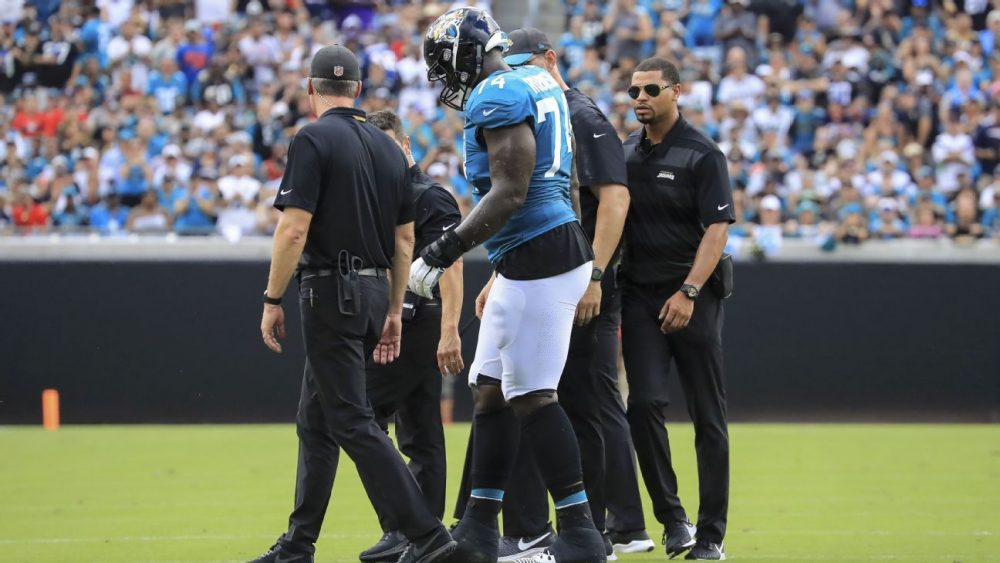 The Jacksonville Jaguars defeated the New England Patriots 31 -20, a rematch of last year’s AFC Championship game. The emotions were high Jacksonville but with every victory there are casualties. Unfortunately, for Cam Robinson his celebration will be bittersweet after receiving horrific news about a knee injury that caused him to leave Sundays contest in the first quarter.

Ian Rappaport of NFL Network broke the news Monday morning regarding the status of Robinson and it was devastating to say the least.

Source: #Jaguars LT Cam Robinson suffered a torn ACL. He had the MRI last night. Brutal loss for an up-and-coming player who is now out for the season.

The news is heartbreaking for Robinson and the Jaguars organization, as Robinson was expected to play a huge role in a Super Bowl run for Jacksonville. The 2017 second-round pick started 15 games last year and was regarded as a young player on the rise at his respective position. Jacksonville will now have to look for other blindside protection options for the rest of 2018.  Alabama family let’s keep Cam in our prayers and wish him a successful rehab.