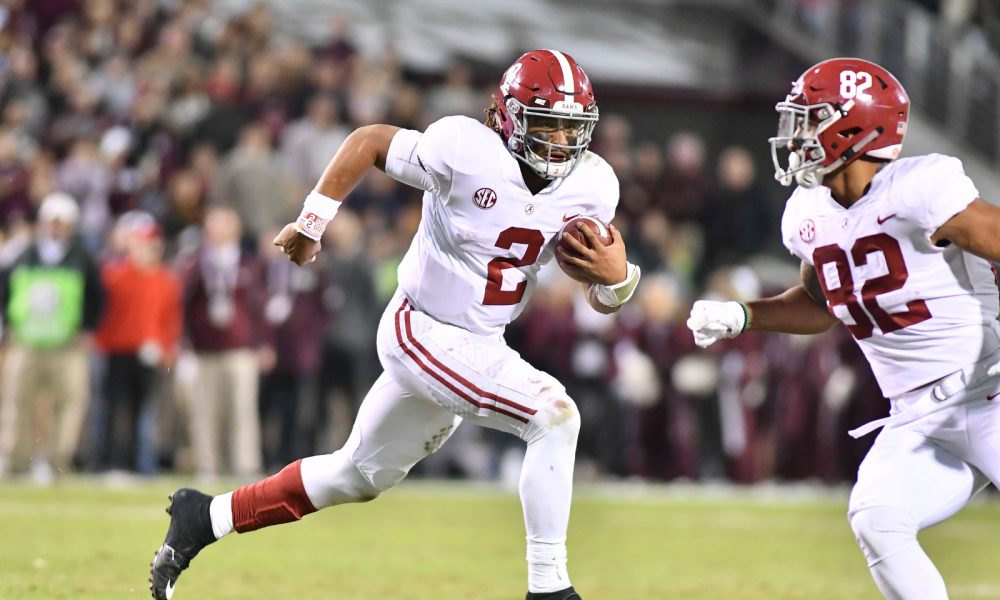 Jalen Hurts entered Alabama’s matchup against Louisiana in the second quarter, ending all intentions for him to redshirt. According to the new redshirt rule via the NCAA, players that are pursuing a graduate transfer can play up to four games without losing a year of eligibility.

Upon Hurts taking the field, he was greeted with a loud cheer from the crowd at Bryant-Denny Stadium. The junior quarterback would connect with Henry Ruggs III for a touchdown, pushing the Crimson Tide’s lead to 35-0. With this decision, he has chosen to remain at Tuscaloosa and after earning his degree, he will go elsewhere for his final year of eligibility.