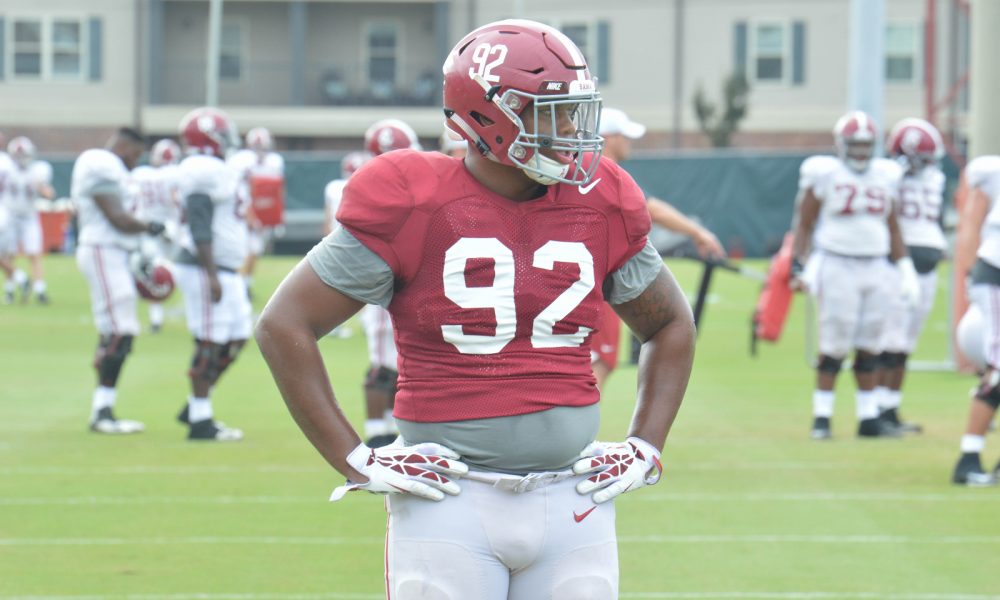 Upon the initial watch list for the Chuck Bednarik Award revealed over the summer, the University of Alabama had its trio of Raekwon Davis, Anfernee Jennings and Mack Wilson all named as preseason candidates.

Since that point, two more individuals have become integral on defense for the Crimson Tide. The performances of safety Deionte Thompson and defensive lineman Quinnen Williams through six games earned both players a spot on the list, via press release from the Maxwell Club Foundation on Wednesday.

After serving as Minkah Fitzpatrick’s understudy in 2017, Thompson has become a breakout star and leader in Alabama’s secondary. A redshirt junior, the native Texan leads the team in tackles (35) and has 1.5 tackles for loss, five pass breakups and two interceptions. His range and hard-hitting capabilities resemble former Tide stars Ha’Sean “Ha Ha” Clinton-Dix and Mark Barron.

Thompson is working himself into being a potential first-round pick, should he continue to play at the level he is on. Prior to him getting selected No. 11 overall in this year’s draft, Fitzpatrick won the Bednarik and Jim Thorpe (nation’s top defensive back) honors after the 2017 season.

While Davis carried all the attention in the preseason, Williams has been a stud for Alabama on its defensive line. As one of the smallest nose tackles of the Nick Saban era, the sophomore is fourth on the team in tackles (22) and shares second place with 5.5 tackles for loss.

He leads the Tide in quarterback hurries with six.