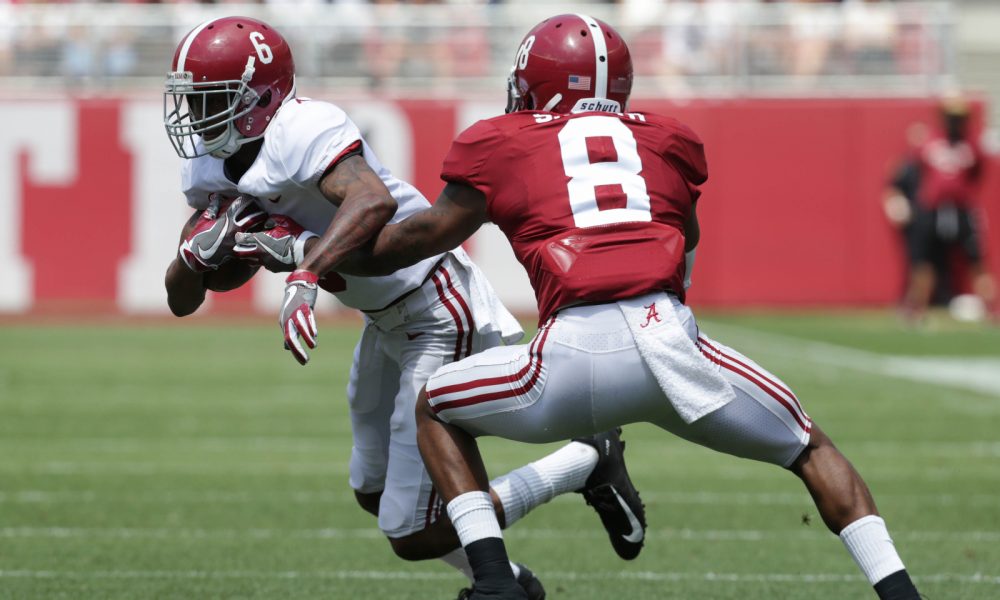 After an intense week of practice, Alabama’s defense looks to provide fans with a dominant performance for homecoming versus Missouri inside Bryant-Denny Stadium.

Despite suffering a setback in cornerback Trevon Diggs (broken foot) being out for the remainder of the season, the Crimson Tide has also learned of the Tigers’ issue with its top receiver – Emmanuel Hall – missing his second consecutive game due to a groin injury.

Hall, a senior, accounts for 18 of Drew Lock’s 118 completions and leads the team with 430 yards receiving and three touchdowns.

With him out, this gives former junior college transfer Saivion Smith a chance to settle in and emerge at left corner for Alabama. Seeing how Hall is Missouri’s most physical target at 6’3” and 195 pounds, not having him on the field allows for Smith (6-1, 200) to match up better with Jonathon Johnson (5-10) and Jalen Knox (6’0”).

More than likely, Saban will have Smith matched up against Johnson. The junior target falls second on the squad in receptions (21), receiving yards (240) and has three scores.

Although he is a sound defender, fine-tuning some things in his technique will be on Smith’s agenda. He does have a tendency to get lazy on the field, and with Diggs out, the Tide cannot afford to have that happen as we get deeper into the season. As for his production through six games, Smith has 14 total tackles, one pass breakup and one interception that was returned 38 yards for a touchdown. Homecoming matchup against Tigers sets up well for Saivion Smith