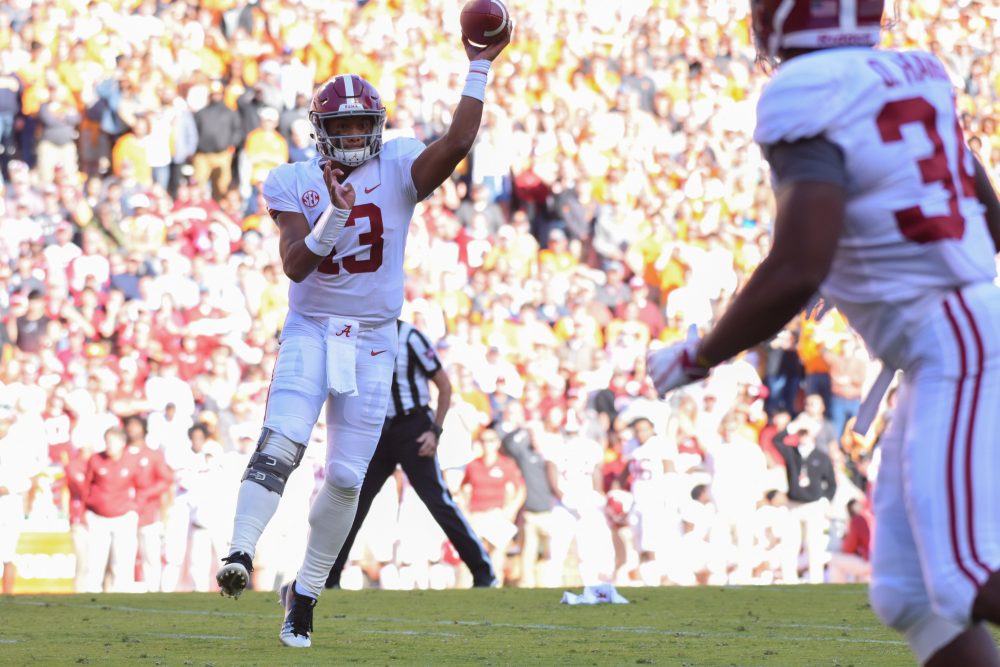 It is incredible to see what the Alabama offense can accomplish through the halfway point in the season. No team aside from Alabama has scored on every opening offensive drive of the season and this team is becoming known for offense rather than defense. The team is not as reliant on the running game as they were in the past which is why Damien Harris may only get nine carries a game. The dynamic at Alabama has changed and this can be attributed to the success of Tua Tagovailoa. Most quarterbacks under Nick Saban have been asked to “manage the game” meaning to take care of the ball but do not try and do too much in the game. If you go three and out then the defense will get you the ball. However, with Tagovailoa there is no need for managing as he had continuously dominated games and has not even played in the fourth quarter.

Tagovailoa has stated how much he admires Mariota and being able to share such an accomplishment with an idol like Mariota must feel great for Tua. Tua currently has passed for 25 touchdowns and more than 2,000 yards at the halfway point of the season. This is impressive as Tua has not only done this without playing in the fourth quarter but done it while injured. Tagovailoa has been a little gimpy with his knee but this has not stopped him from being a dominant force for Alabama. With the way, Tagovailoa continues to play he has the chance to break even more records.