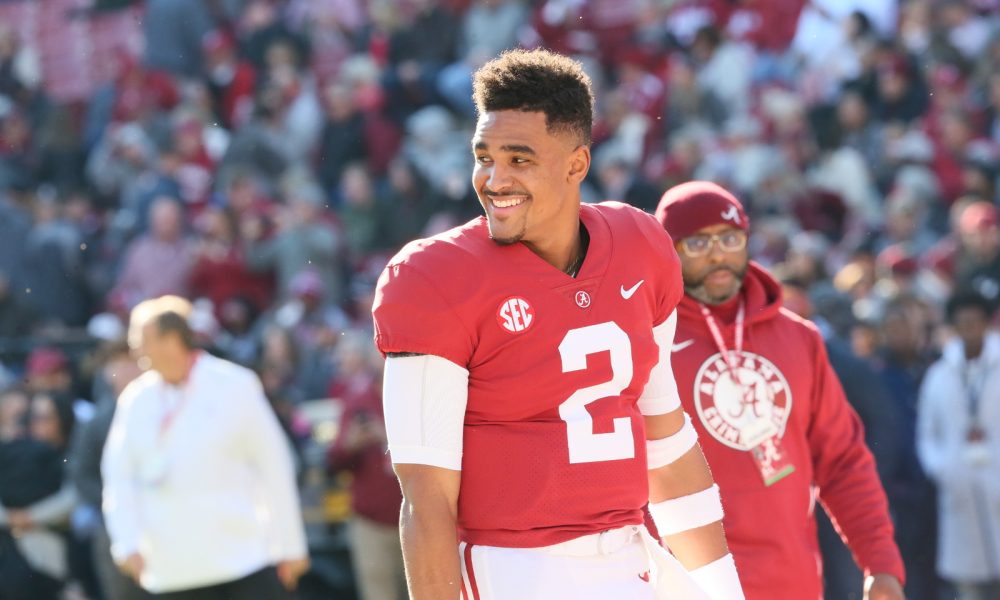 In 2016, Jalen Hurts sent shockwaves throughout the college football world when Nick Saban announced him as a starter during his true freshman season.

From that point on, he led the Alabama Crimson Tide to the CFP Championship Game, and seconds away from a title — save for a Deshaun Watson comeback.

Today, after being an upstanding, selfless teammate for the 2018 season, he made his decision to transfer to the team the Tide ousted in the playoffs, that being the Oklahoma Sooners.

So, what are your thoughts on his decision? Vote at the poll below!