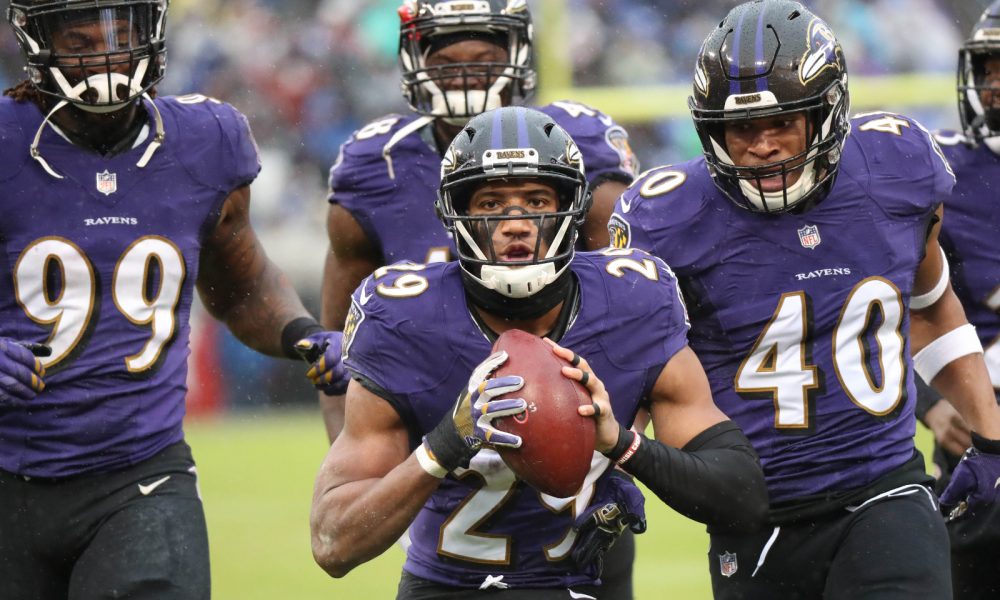 The championship mindset that was instilled in him at Alabama is coming out more as he will enter his third season in the National Football League in the fall.

If one looks at Pro Football Focus, the website deemed Marlon Humphrey of the Baltimore Ravens as one of the league’s best cornerbacks. He turned in a very good sophomore season, totaling 37 tackles, 15 pass breakups and two interceptions through 14 regular season games.

RELATED: Mark Ingram Gets a Million Dollar a Year Raise With Ravens But is Still A Bargain

Behind his play, the Ravens notched a 10-6 record and clinched an AFC North title for the first time since 2012. Despite the leadership he is starting to display, the former five-star is also one to recognize those that want to help him. Earl Thomas II, a six-time Pro Bowl selection, three-time NFL All-Pro first team and 2013 Super Bowl champion, signed a four-year deal with $55 million –$32 million guaranteed– on Wednesday to leave the Seattle Seahawks for the Ravens.

Both guys have the No. 29 in common; however, Humphrey was willing to relinquish the number to Thomas for the team. In a tweet he shared on Friday, he initially asked for money from Thomas but he instead chose to give the native Texan the number out of respect.

I initially asked Earl for money and later that day I realized that’s not who I am. So I texted him and said he can have it. I respect what he has done and accolades in 29. Didn’t want to alter that for a number I’ve accomplished nothing in.

Humphrey’s “team first” mindset even got him a blessing in return.

Thomas stated in his first presser as a Raven that he is willing to donate money to the track and field foundation that Humphrey’s mother is running. Terrell Suggs and C.J. Mosley may be gone, but the native of Hoover (Ala.) is exemplifying the traits that make Baltimore a strong organization.

“Me and Marlon worked it out. I’ll be wearing 29.” @Earl_Thomas pic.twitter.com/nkKXn3V7Fb

Regardless of what number he chooses, Humphrey and Thomas will victimize quarterbacks and terrorize wide receivers next season with their brand of coverage skills.