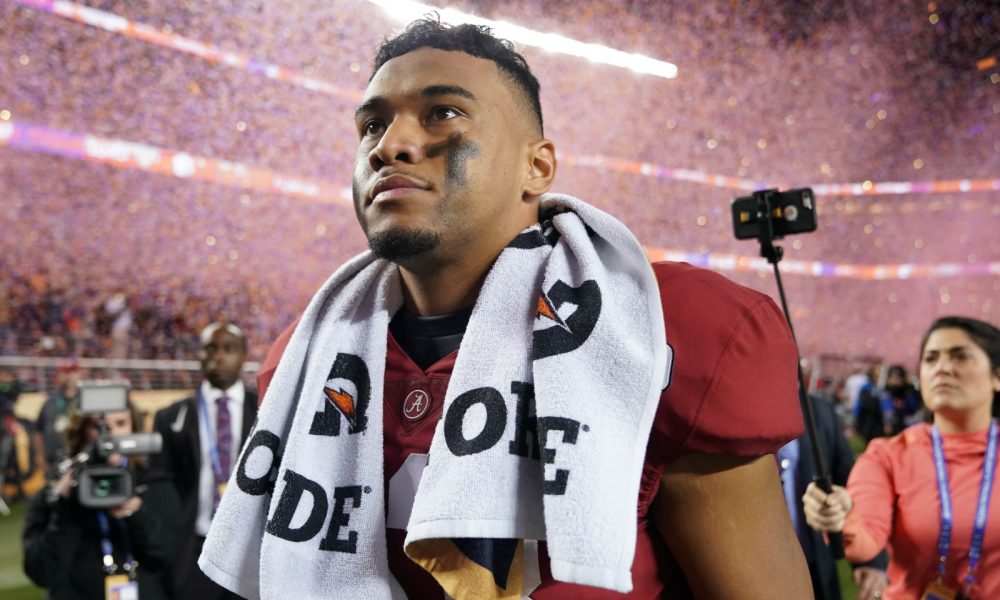 Alabama fans knew this, but it feels weird hearing Nick Saban say it.

Following the Crimson Tide’s first scrimmage, Saban met with reporters at Bryant-Denny Stadium and wasted no time with getting the most important issue out the way.

“I thought both quarterbacks played pretty well,” he said. “Tua [Tagovailoa] is obviously the starter. Mac [Jones] is the guy that has the most experience and got some playing time last season and has made a lot of progress. He’s the guy that can execute best as the next best player.”

In terms of the two true freshmen, Taulia Tagovailoa and Paul Tyson, Saban said both signal callers got an opportunity to work with the twos. Tagovailoa and Tyson were both four-star quarterbacks in the 2019 class from the state of Alabama.

“We need to see who’s the next best guy,” Saban said. “And, if anyone can challenge the first two guys. I think those guys (Tagovailoa and Tyson) have a long way to go. They did some good things, but it was also pretty obvious that it was their first time out there.”

After sharing moments with  Jalen Hurts in 2018, it feels good for Tua Tagovailoa to know that he is the No. 1 guy. The hire of Steve Sarkisian has him at ease and now, the junior can focus on improve upon his numbers from last season and winning a national title.

While Jones is improving, sources were complimentary of Tyson after the exhibition.

The 6-foot-5, 218-pounder brings ideal size, a big-time arm and the effectiveness to process information. As the competition continues through spring, we here at TDA Magazine will keep our hand the pulse of Tide football.