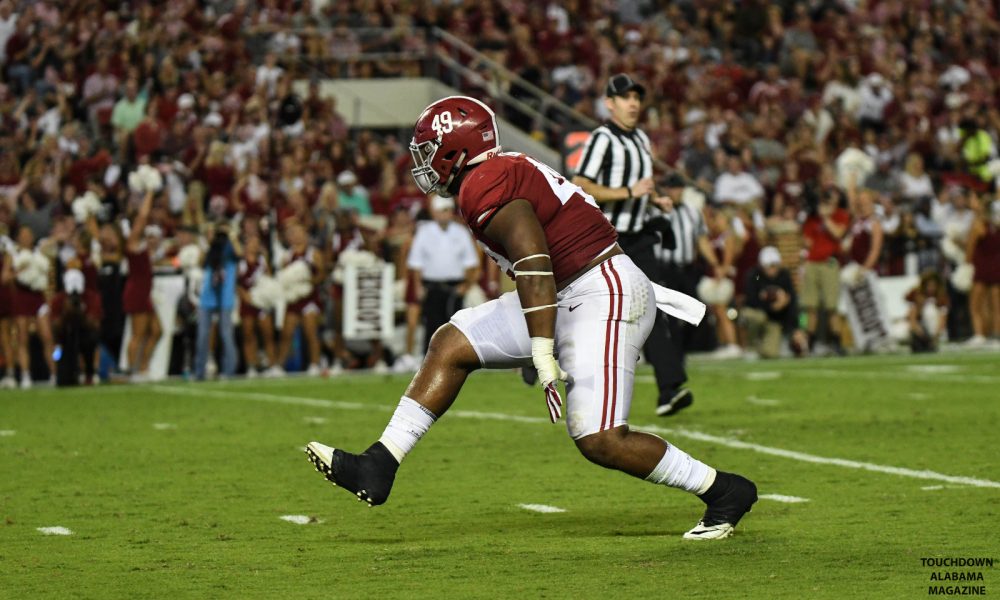 The third former standout from the University of Alabama officially has his money from his respective National Football League home.

After toiling in junior college and playing two seasons under Nick Saban, Isaiah Buggs was selected in the sixth round (No. 192 overall) of the NFL Draft to the Pittsburgh Steelers.

According to a tweet from the franchise, Buggs has signed his deal – joining the likes of Irv Smith Jr., and Lyndell “Mack” Wilson.

He goes to a fierce defensive front, as the Steelers currently have Cameron Heyward, Stephon Tuitt, Tyson Alualu and Bud Dupree.

The team acquired Mark Barron in free agency at outside linebacker and drafted Devin Bush (formerly of University of Michigan) for inside linebacker.

He was one of 10 players that was taken in this year’s venue.