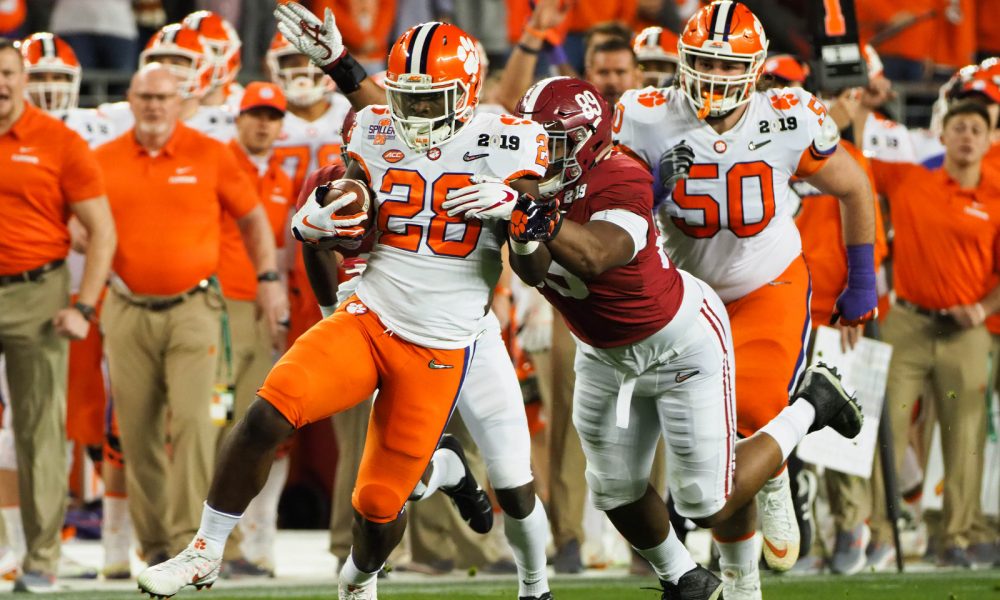 Despite this rotation and the potential of Harris and Brian Robinson sharing carries, the Crimson Tide has another back on its radar.

The 5-foot-10, 220-pounder was part of an explosive Tiger offense that averaged 44.3 points per game last season and dropped 44 points on Alabama in the College Football Playoff National Championship back in January.

A native of South Carolina, Feaster turned in 440 yards rushing with six touchdowns on 78 attempts.

While he has his degree, the three-year letterman has one final year of eligibility and has the Tide as one of his top six transfer options for school.

RELATED: Nick Saban is not fine with “sitting” and that should bother college football

Feaster would be a nice addition to Alabama – especially with the much-improved talent on its offensive line.

Should everyone remain healthy and Nick Saban places the best five on the field, next season would deliver a group worthy of winning the Joe Moore Award.

Seeing the success he has had with the Tigers – winning two national titles – Feaster could provide some insight on how the Tide can matchup better with its newly-formed rival.

He will start visiting schools soon.