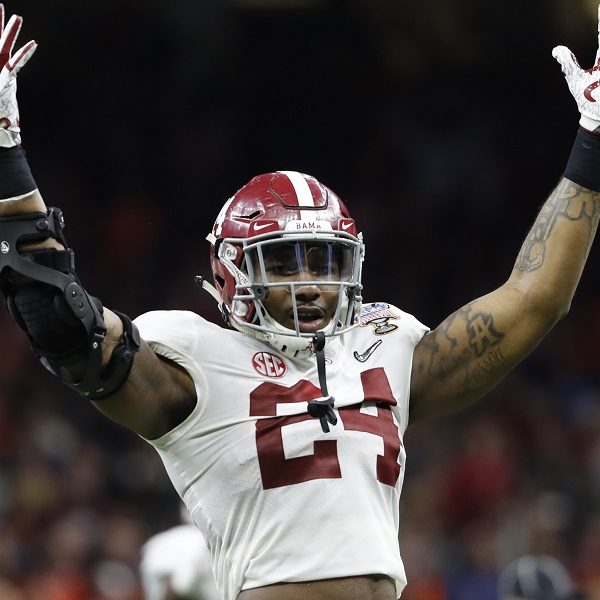 He chose to return to showcase production and prove that he can stay healthy.

At the University of Alabama, Terrell Lewis is known by teammates and former players as the guy who is “cut from a different cloth.” Despite a serious knee injury last summer — forcing him to miss the entire 2018 campaign — the former five-star was seen lifting his right leg following the surgery with minimal assistance from team doctors.

Listed at 6-foot-5 and 252 pounds, the native of Washington, D.C. is a freakish athlete with a hunger to destroy everything in his path.

The initial sight of Lewis to supporters of Crimson Tide football was watching him record a 50-yard touchdown off a Tua Tagovailoa interception, during the 2017 A-Day Game inside Bryant-Denny Stadium.

How could someone that big possess this type of athleticism, ball skills and speed upon making the play?

Fans had their jaws dropped on that day; however, they were on their feet in the 2018 College Football Playoff National Championship matchup as Lewis collected a sack of Georgia’s quarterback Jake Fromm to force a field goal in overtime.

Lewis’ efforts led to Tagovailoa finding DeVonta Smith on Alabama’s offensive drive for what would be a game-winning, 41-yard scoring strike. After the 26-23 win, the freak of nature embraced his brother — Anfernee Jennings – in a special moment at Mercedes-Benz Stadium.

In his attempts to defeat the injury bug, produce big-time numbers and snatch a first-round draft grade, Lewis is putting all he has into next fall.

Along with posting encouraging tweets on social media, he has been rigorously training with Monster Maker this offseason to get his leg right.

Now ain’t the time to lose focus… turn it up a notch!

A defense filled with rage, experience, talent and strong coaching returns to put college football on alert, and having Lewis with it makes a world of difference.