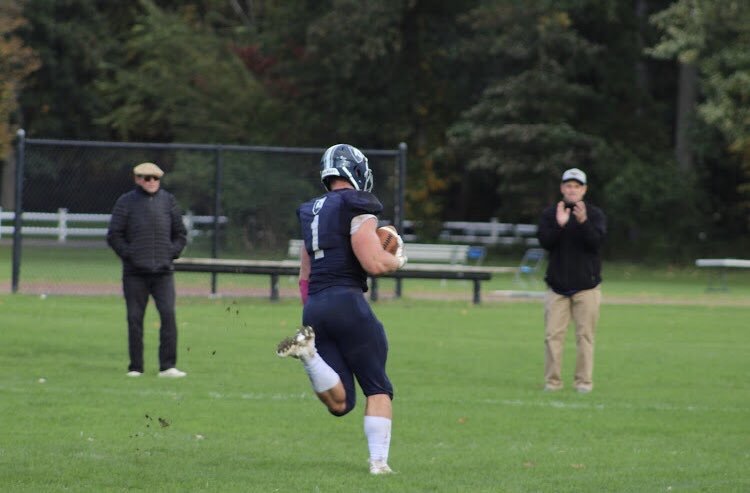 Cam Large is one of the top tight ends in the 2020 class and Alabama has put their name in the hat for his services.

Alabama offered Large on May 10. It was his 25th Division 1 offer. He said he felt very grateful to receive an opportunity from a football program that is at the level Alabama is.

“It was overwhelming,” Large said. “It is an honor to be given the opportunity to play for a school like that. It gives me a lot to think about.”

Large attends Noble and Greenough School in Dedham, Massachusetts,. He is ranked as a 3-Star recruit on most recruiting sites. His last visit was to Georgia and he caught the eyes of many on social media when he took a picture with a snake in Georgia Bulldogs’ gear.

Had an amazing visit in Athens this weekend, thank you @KirbySmartUGA @coach_thartley for having me down, can’t wait to be back!! #GoDawgs ?? pic.twitter.com/fYQzwrCgeF

The visit was productive for the Bulldogs as Large has announced he plans to come back. Alabama will look to have similar fortune with Large with a possible visit in a couple of weeks.

“I am going to try to come down in early June,” Large said.

At 6-5 and 240 pounds, Large can play a multitude of positions at the next level, including defensive end. He was able to score six touchdowns and record 280 receiving yards in his junior season. He also got to the quarterback nine times from the defensive end position.

Alabama’s special team’s coach Jeff Banks and the Tide’s offensive line coach Kyle Flood has been in contact with Large and he has heard from Nick Saban. The Tide is now in a good position with Large. He feels their relationship is headed in the right direction.

“Our relationship Is really good,” Large said. “I love what I have heard from coach Saban and it has been great talking to Coach Flood and coach Banks.”

Alabama will look to add on a couple of tight ends in the 2020 cycle. They have a commitment from one in 3-Star tight end, Caden Clark. Large could be the guy if Alabama continues to build a great relationship with the Massachusetts’ product.