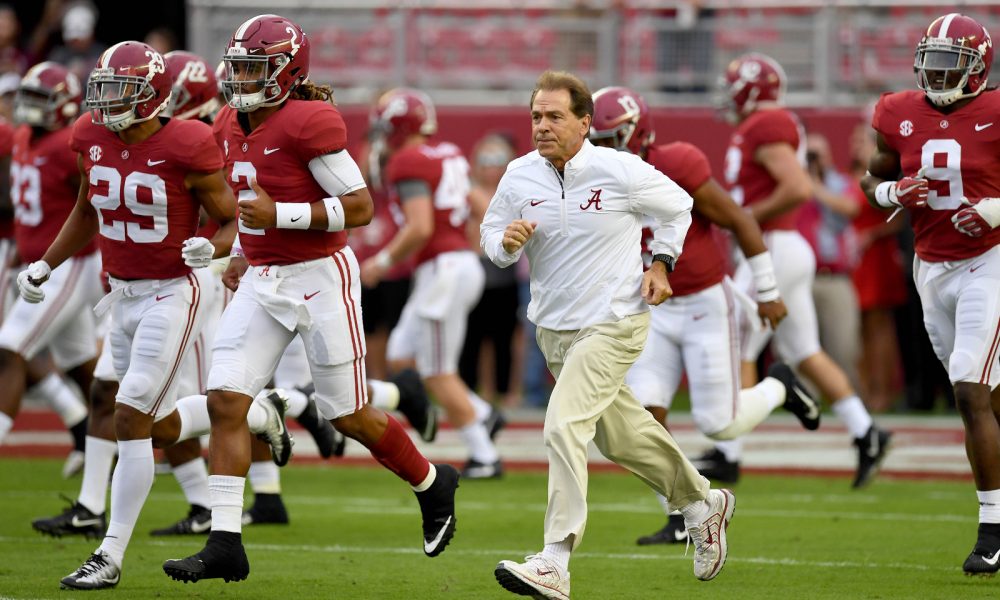 The University of Alabama has officially announced a three game series with the University of South Florida. The series will begin in 2023 when the crimson tide take a trip down to Tampa to square off against the bulls. The next two meetings between the schools will take place in Tuscaloosa in 2024 and 2026.

This is the third future series Alabama has announced this year along with home and homes against West Virginia and Oklahoma. Alabama also has other future games with big schools such as Texas and Notre Dame.

There has only been one meeting between the two teams back in 2003 where Alabama defeated USF 40-17.