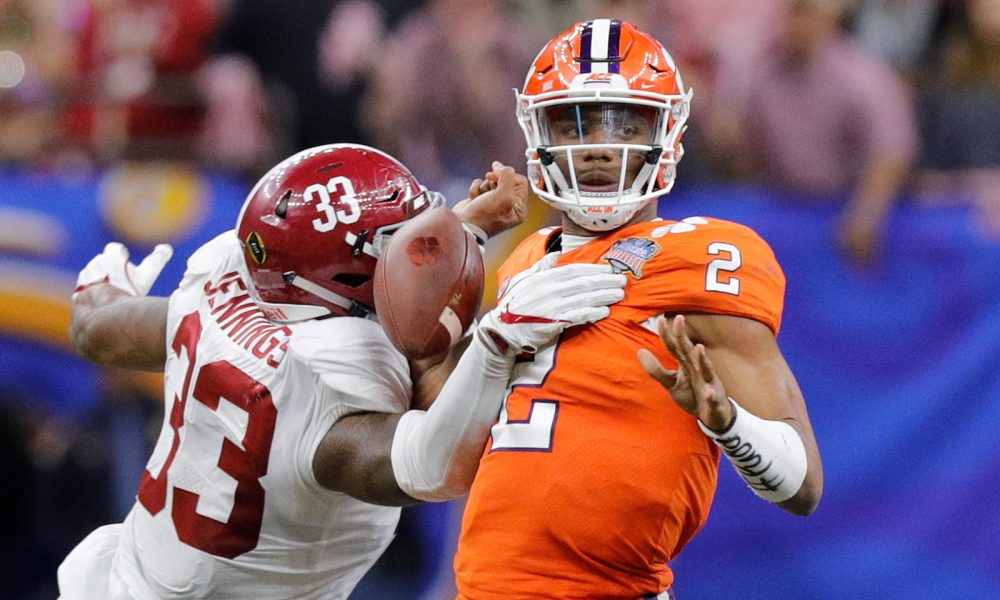 After having five players selected on defense in this year’s NFL Draft, analysts are looking forward to seeing the product that Alabama football puts out next year in Las Vegas, Nev.

According to reports from Gil Brandt, former vice president of the Dallas Cowboys (1960-89) and senior analyst for NFL.com, he featured four returning seniors for the Crimson Tide that he will study in the upcoming season.

RELATED: Could this year’s Alabama defense resemble the 2016 group?

For starters, Brandt is high on Raekwon Davis as one of his top five defensive ends.

The 6-foot-7, 309-pounder did not have the same production in 2018 that he registered as a sophomore; however, he return to school was huge. He carries the power, edge-rushing and run stopping abilities to be elite at the next level. With the likes of Quinnen Williams and Isaiah Buggs both gone, the baton returns to the native Mississippian as the leader of the front.

My top 5 senior defensive ends for the 2020 NFL Draft in Las Vegas:

If not for a season-ending foot injury versus Arkansas, Trevon Diggs could have had an All-SEC selection type year. He had carried a team-high six pass breakups before the mishap, but did perform very well in the spring.

My top 5 senior cornerbacks for the 2020 NFL Draft in Las Vegas:

The former four-star and Maryland native is one five cornerbacks on Brandt’s list. At 6-foot-2 and 200 pounds, Diggs has the length, athleticism and ball skills to disrupt any receiver in college football.

He worked at corner and star (nickel) throughout spring practice, and could possibly see action at dimeback – if necessary.

Last year was a comeback season for Anfernee Jennings.

He sustained a serious leg injury in the 2017 College Football Playoff semifinal versus Clemson, but returned with exceptional play.

Listed at 6’3” and 259 pounds, Jennings also excelled in disrupting the passing lane as he forced a team-high 11 pass breakups and collected six quarterback pressures.

My top 6 senior linebackers for the 2020 NFL draft:

He was selected via Brandt as one of his six top senior linebackers for next fall.

Shyheim Carter became a breakout star late in the 2018 season, especially in the Tide’s 35-28 victory over Georgia in the Southeastern Conference title game. From his nickel spot, he forced 10 pass breakups (tied for second) and had three quarterback pressures. Carter showed he can create negative plays in generating 3.5 tackles for loss with two interceptions (both for scores).

My top 6 senior safeties for the 2020 NFL Draft in Las Vegas:

Brandt sees Carter as a safety at the next level.