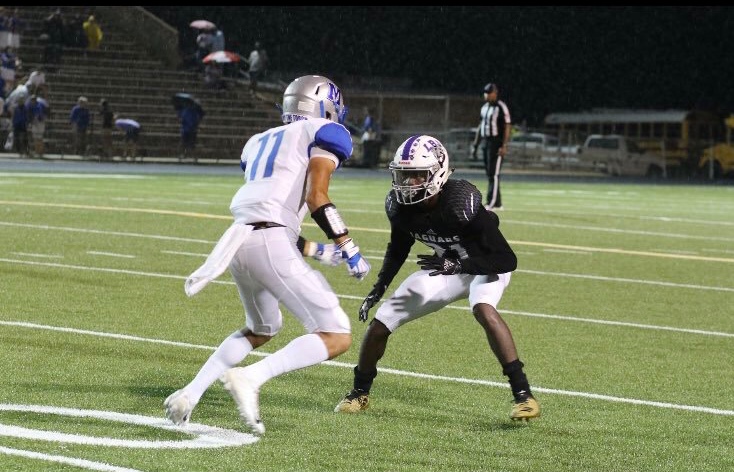 Many football fans were introduced to Latrell McCutchin via the Friday Night Tykes series, which focuses on the Texas Youth Football Association League, where McCutchin was the star player for the Del Valle Ducks.

McCutchin, who was a constant thorn in the side of his competition, constantly stole the show with his explosive speed. The Texas product has used what he learned during his time on the series and grown into one of the top athletes in the nation as he announced his verbal commitment to Alabama on Monday. The sophomore reflects back on competing in the TYFA league as the foundation for his success.

“It played a huge role,” McCutchin said. “Now, I have a lot more experience and a lot more knowledge of the game. I really appreciate all my little league coaches. They always made sure I was getting better. Athletically, I have always been the best athlete on the field, but from the mental and attitude standpoint, those guys really helped me.”

With McCutchin’s commitment, the Tide have their first 2021 commit. He visited Tuscaloosa prior to committing to Alabama. McCutchin said there was no other place he wanted to be.

Alabama’s defensive back coach Karl Scott and the Tide’s tight end coach Jeff Banks were Mccutchin’s main recruiters. McCuthin said he really appreciate the love they always showed him on the recruiting trail.

Many recruits have praised the Tide’s coaching staff in the past for their honesty and Mccutchin was no different as he said they always told him the truth.

“They are not going to feed your lies and things like that,” McCutchin said. “A lot of coaches will sit there and lie to you, but they never did that to me.”

McCutchin garners a  4-Star rating from most recruiting sites. He is considered one of the top defensive backs in the 2021 recruiting class. From an early age, athleticism has never been a problem for McCuthin, but the 4-star recruit wants to be an all-around product.

Becoming a student of the game is the next step McCutchin wants to take.

Alabama’s 2021 class is expected to add some more talent this Summer and McCuthin’s looks like the base for the Tide’s next class.