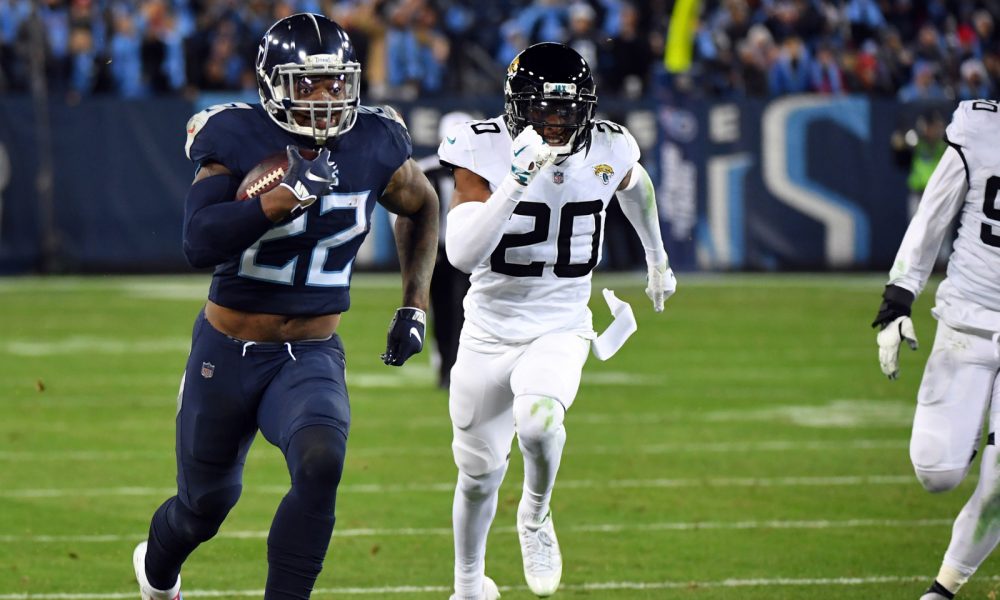 He has a fist full of championship rings in his collegiate career and possesses arguably every trophy imaginable from his time at the University of Alabama; however, Derrick Henry may have to create more room in his hardware closet.

The second-round pick of the 2016 NFL Draft had a huge third season in 2018 at running back for the Tennessee Titans. After two years of not trusting the 2015 Heisman winner, the Titans witnessed Henry record his first 1,000-yard campaign.

While his output in yards finished seventh in the NFL and his scores tied for third, he tallied a pair of 100-yard performances — including a 200-yard game versus Jacksonville.

In dominant fashion that rivaled his exploits at Alabama, Henry had a career-day with 238 yards and four touchdowns on 17 carries versus the Jaguars.

He averaged a massive 14 yards per rush in the Titans’ 30-9 win and tied the NFL’s record for longest rushing score (99 yards, Tony Dorsett).

His touchdown run, which consisted of him throwing defenders to the ground, getting to the outside and outrunning everyone for a score, has been nominated for an ESPY Award in the category of “Best Play of the Year.”

Derrick Henry’s longest run in @NFL history is now up for @ESPYS Best Play of the Year.

This year’s ESPY Awards is set for Wednesday, July 10 at 8:00 pm CT inside the Microsoft Theatre in Los Angeles, Calif.