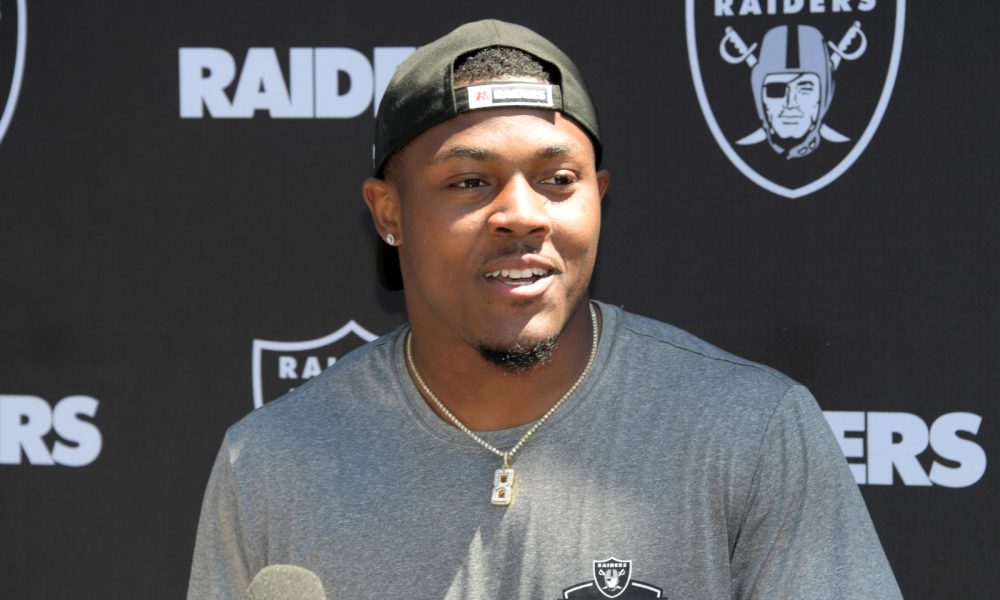 The dispute is over.

Rookie running back Josh Jacobs has his money, as the Oakland Raiders signed him to a four-year contract on Wednesday. News came via the team’s website as Jacobs was the final first-rounder signed.

He will enter training camp as Oakland’s primary back, seeing how Marshawn Lynch chose not to return to the franchise.

In three seasons at the University of Alabama, the Oklahoma native brought a combination of versatility and playmaking skills that wowed fans. Listed at 5-foot-10 and 220 pounds, he finished with 2,490 career all-purpose yards – 1,491 rushing, 571 receiving and 428 kick return – with 22 touchdowns. Jacobs led the Crimson Tide in rushing scores (11) last season and helped the school win a Southeastern Conference title.

RELATED: NFL analyst has Josh Jacobs among Offensive Rookie of the Year candidates

His average of 28.6 yards per kick return is third all-time in UA history.

He was a huge member on two SEC Championship teams (2016, 2018) and a College Football Playoff national title squad in 2017.

With the Raiders, he joins forces with Derek Carr and Antonio Brown to make one of the National Football League’s most intriguing groups.

One former player in particular, Marcus Allen, a bunch of silver and black patrons can’t wait to see its new ball carrier take the field this fall.

Jacobs is already in a preseason conversation for NFL’s Offensive Rookie of the Year, but he will enjoy having his contract for now.

NFL analyst has Josh Jacobs among Offensive Rookie of the Year candidates
Updating Former Alabama Running Back T.J. Yeldon
To Top
%d bloggers like this: