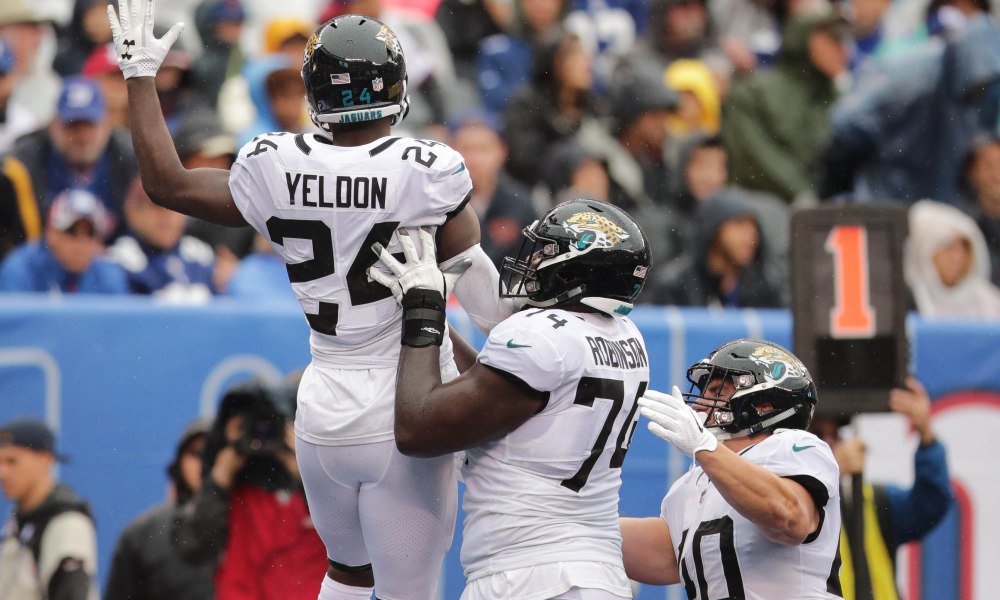 Former running back T.J. Yeldon has a new home and new contract in the NFL. But is it the deal and place he should be in? See what you think.

T. J. Yeldon is an Alabama hero who was an impact running back in his years at Alabama. After being taken in the second round of the 2015 NFL draft, Yeldon became an instant millionaire after  signing a four-year, $5.91 million contract, with a $2.56 million signing bonus, and $3.26 million of that was guaranteed. However, he didn’t get the stardom he wanted as the Jaguars also had former LSU running back Leonard Fournette who got the starting nod.

Despite not getting the majority of the running plays, he still led the Jaguar team in yards per carry and was an astounding second place finisher on the team in receiving yards proving he was a very versatile back indeed. Ironically, now both Fournette and Yeldon moved on from the Jaguars following a horrible season and Yeldon was picked up by the Buffalo Bills.

His new contract he signed was a 2 year, $3,200,000 contract with the Buffalo Bills, including a $500,000 signing bonus, $500,000 guaranteed, and an average annual salary of $1,600,000. However, he is once again buried in the depth chart at Buffalo. With the talent and versatility he’s shown to date, plus his good health, you’d have thought that some other NFL team other than Buffalo would have jumped on this free agent and tried to make him their star.

To many of us in the press, this is a real head scratcher.

So far in team practices for the upcoming season, Yeldon has seen some work with the first team, but mostly works with the second team. Given the age and contract status of other running backs on the Bill’s team like Frank Gore and LeSean McCoy, runners who have been there longer and have a better grasp on the starting job for this season, Buffalo would be wise to keep Yeldon knowing they’ll probably lose one or both veterans next season. That would allow Yeldon to be part of one – two punch with whoever remains, probably Devin Singletary who looks to be a good runner who will get some looks this season. To make his one million a year salary this year, he simply has to make the team and be available on week one. That goes nicely with the other million he made in guarantees and a signing bonus.

In the grand scheme of things no matter what happens in Buffalo, Yeldon has beaten the average NFL life so far, has a net worth of about three million dollars after taxes and has income from his current contract coming in for the next two years. He’s set for life at a young age, but T.J. has an itch to show what he could do with a full season as a team’s “go to guy”. He like to rack up some big numbers and he certainly seems capable of doing it given the right team.