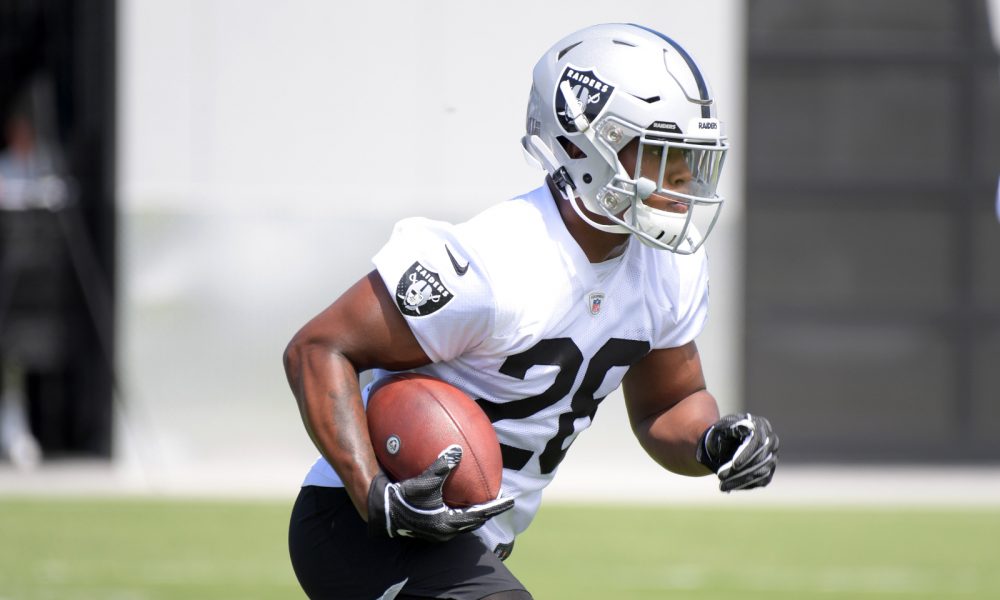 Josh Jacobs stands as one of the highest-profiled rookies to watch.

The former University of Alabama running back went from not being a traditional starter in three seasons, to becoming a first-round selection in the NFL Draft. All it took was one year for professional scouts and media personnel to recognize his skillset on the big stage.

Jacobs was pivotal in the program winning two Southeastern Conference Championships (2016, 2018) and a College Football Playoff national title in 2017. Despite him not having electric speed, the Oakland Raiders see much potential in the former three-star and it chose him at No. 24 overall.

With Marshawn Lynch gone, Jacobs will open the season as the Raiders’ primary running back. This gives the franchise power and big-play abilities between the tackles, as well as versatility outside at receiver.

RELATED: Why Isn’t there an Alabama based NFL Team?

Quarterbacks Kyler Murray (Arizona) and Dwayne Haskins (Washington) will both be frontrunners for NFL’s Offensive Rookie of the Year, but Lance Zierlein of NFL.com likes Jacobs in the conversation too.

The media draft analyst had Jacobs listed second on his Top-10 candidates for the award.

One good thing for Jacobs is four of the last six winners for OROY have been running backs – including Saquon Barkley, Alvin Kamara and Todd Gurley.

According to Zierlein, Jacobs’ fits the mold of the modern-day NFL back.

Regardless of the excitement, there is the issue of Jacobs and the Raiders in the midst of a contract dispute prior to training camp. Per Vic Tafur of The Athletic on last week, there is a chance of Oakland’s second pick of the draft holding out of camp – despite the team being premiered on HBO’s “Hard Knocks.”

Jacobs is the lone player that has yet to sign.