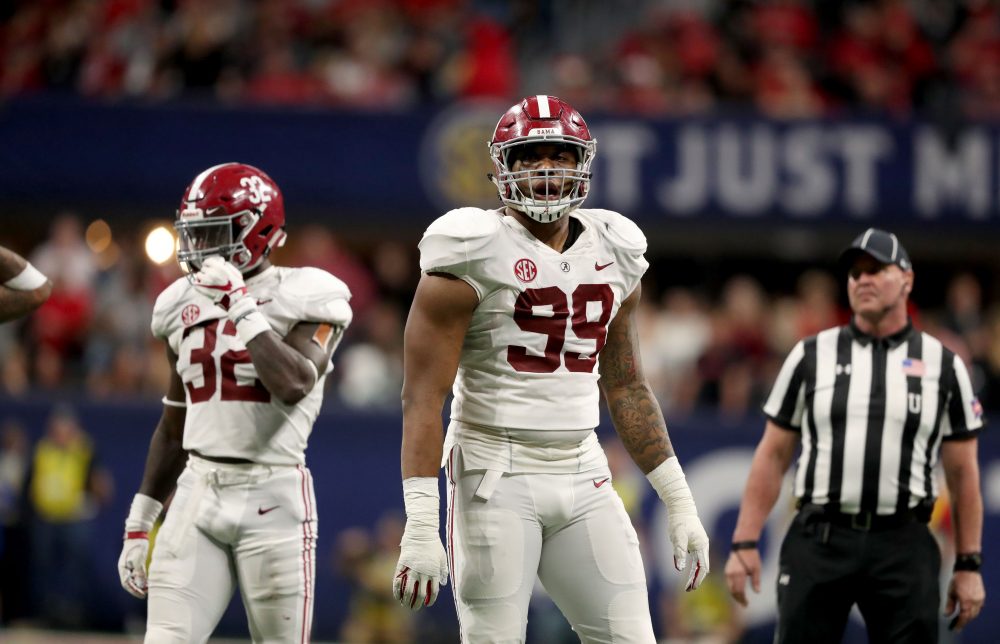 With the Maxwell Football Club announcing their award watchlists today, 81 players were put on a watch list for the Bednarik Award this season. Two of the those 81 reside in Tuscaloosa.

Alabama defensive lineman Raekwon Davis and linebacker Dylan Moses are both seen to be in the hunt for the award given out to college football’s best defensive player. Recently the crimson tide has flexed their muscles in this race as they have won two in the last three years. Jonathan Allen won the universities first Bednarik award in 2016 with Minkah Fitzpatrick taking it home the following year in 2017.

But in 2019 both Moses and Davis will need to have some big-time seasons.

Davis passed up the NFL draft after having a bit of a step back in production his junior year. Now the senior is the most productive and experienced player returning on the defensive line. In his career, Davis has played in 36 games, started in 20, recorded 128 tackles, 11 sacks and eight quarterback hurries. He surely has the talent to be on this list, it’s just now him putting it all together.

Last year Moses was one of the top-rated linebackers in the country and this season he will need to do it again. After being a second-team All-American and finalist for the Butkus Award last season, it’s safe to say that there are some pretty high expectations for the junior. But after seeing significant playing time in all three of his seasons, it’s safe to say that Moses is cool with the pressure.

With Moses and Davis being put on their respective watchlist, that now makes a total of five Alabama players that are seen to be in the hunt for major awards this season.

Not too bad if you ask me.