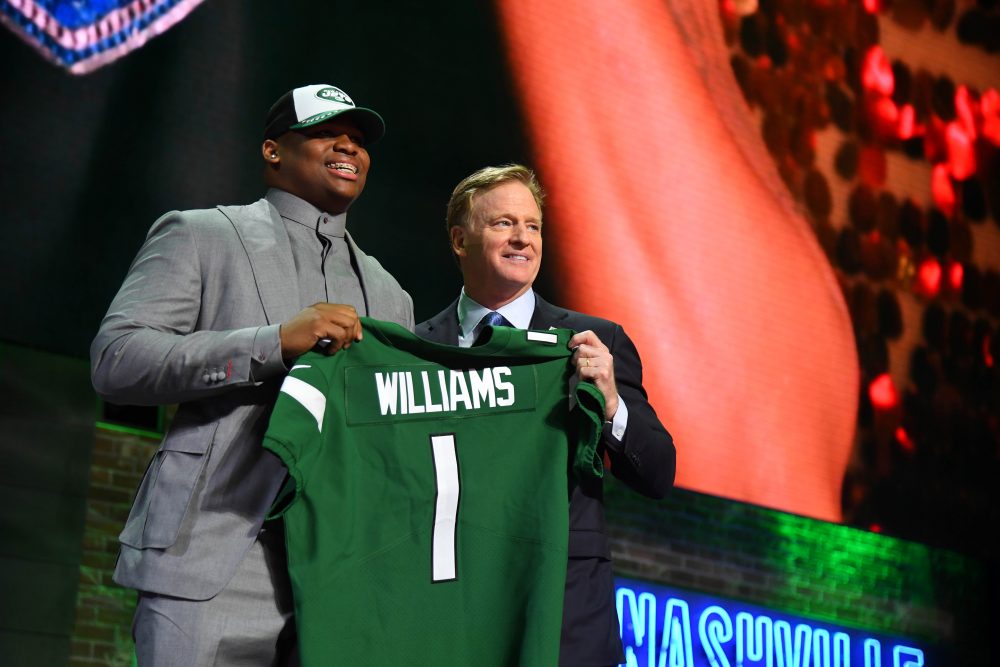 According to Ian Rappoport, N.Y. Jets no. 3 overall pick from this years NFL draft and former defensive lineman Quinnen Williams still remains unsigned. With rookie training camps beginning today, Williams will surely miss time getting incorporated into the defense. The team had planned to have Williams fly out to them Thursday night in hopes to work something out.

He was not on the flight.

This has been anything but unusual, especially for the Jets. Much like quarterback Sam Darnold, both of the first-round picks will join the list of players that miss time during the early portions of their rookie careers.

The hold out also hasn’t been uncommon among fellow defensive linemen either. Back in 2016 Los Angeles Chargers first-round pick, Joey Bosa missed most of training camp trying to get a contract done. When both sides finally came to an agreement Bosa received the highest signing bonus in the history of the Chargers.

Based on recent history top picked rookies holding out has seemed to benefit them in their contact search. Having your third overall pick miss extended time is not something the Jets want to do two years in a row. Whatever Williams is looking to get in his deal, it seems as if he has a solid amount of leverage.

Find Out How Former Alabama Players were Rated in Madden 20
Former Tide RB Jalston Fowler lands assistant job at Class 7A high school
To Top
%d bloggers like this: