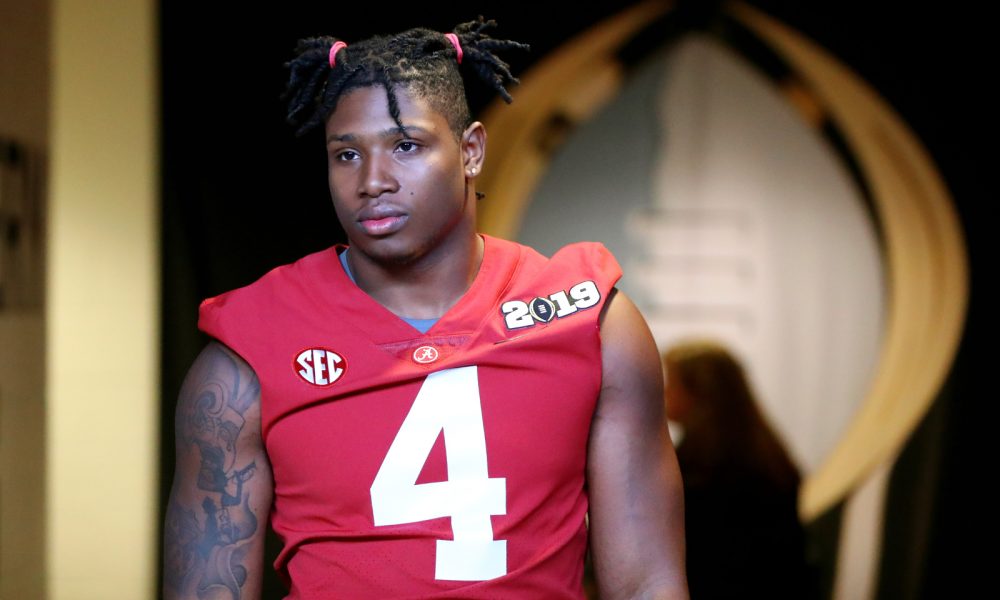 With the news of Eyabi Anoma gone in full swing, Nick Saban is committed to having the players with a “team first” mentality ready to battle this season.

Although it hurts to lose an elite talent, the University of Alabama has two guys waiting in the wings that have been pushing for the moment.

The spotlight now shines on Christopher Allen and Jarez Parks to have a say at outside linebacker, behind Terrell Lewis and Anfernee Jennings.

RELATED: Breaking: OLB Eyabi Anoma back in Maryland, will not return to Alabama

Allen, a redshirt sophomore, was a major recruit like Amona.

He came in the 2017 class as a four-star via University Lab School in Baton Rouge, La.

Allen led the Kittens to consecutive state championships in 2015 and 2016, with the program winning the Louisiana Division Four State Championship in 2016 on a 14-1 record.

He played in seven games as a freshman for the Crimson Tide, totaling six tackles, one tackle for loss, two quarterback pressures and one forced fumble. The 6-foot-4, 250-pounder was having a great spring in 2018, until a serious knee injury occurred. Allen missed the entire season and redshirted, while going through rehab.

Now healthy, he is back and is behind Lewis in Alabama’s jack linebacker rotation in regular. He is growing under Sal Sunseri and has the potential to even be used in nickel and dime “rabbits” packages as a full-time edge rusher.

Parks, a redshirt freshman, wanted Alabama since day one.

The native Floridian had his heart set on signing with the Crimson Tide in the 2017 class; however, fate had a different story. Coach Saban did not have enough room to take him and the four-star was very emotional on National Signing Day. Parks was offered a “grayshirt” and instead of turning his nose at it, he saw it as an opportunity and embraced it.

He worked hard throughout 2017 and while the class he was supposed to enroll in captured a College Football Playoff national title, Parks knew that some point he would have a chance to contribute. As player No. 115 on the ESPN 300, he enrolled with the Tide in January of 2018 and immediately went to work.

Both sports make him a well-rounded athlete and someone who is hungry for a shot to make a difference.

Under the guidance of Sunseri, Parks stands at 6-foot-4 and 240 pounds.

Anoma’s departure makes him the No. 2 strong-side linebacker, behind Jennings.

Tide fans are eager to witness him explode.

Fall camp begins on Friday, Aug. 2 and everyone is excited.