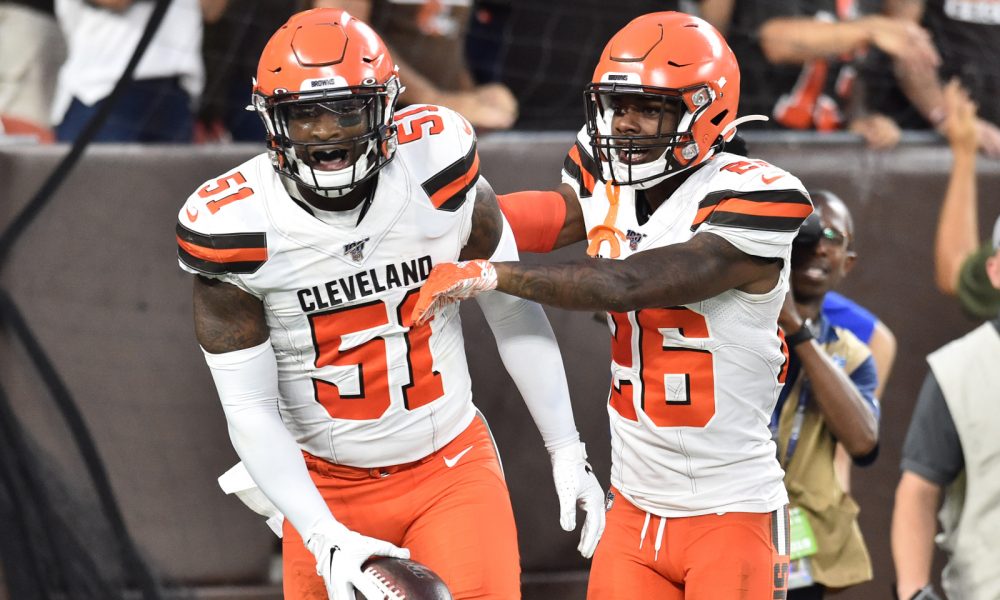 Almost every talent that Nick Saban places in the National Football League, from the University of Alabama, becomes successful.

Two of the latest standouts were doubted going into the NFL Draft process; however, both players quickly had critics apologizing in the opening of preseason action.

Lyndell “Mack” Wilson and Isaiah Buggs should have been selected much higher than what they were, but the duo is making the most out of it.

Wilson, a native of Montgomery, Ala., arrived at the Crimson Tide’s program as a five-star in 2016. The talented inside linebacker entered with huge expectations and aside from last season, Tide fans felt as though he lived up to them.

Even with a career of six interceptions, the idea most supporters carried was Wilson did not live up to his full potential.

Despite this, multiple draft analysts still had him as a first-to-second round value.

Of the 31 linebackers taken in this year’s venue, Wilson heard his name called in the fifth round at pick No. 155 to the Cleveland Browns.

Not only was he hurt, but he also felt embarrassed and has went through the process with a chip on his shoulder.

In facing his former high school and college teammate, Shaun Dion Hamilton, Wilson displayed instincts, lateral quickness and ball skills that made residents of Cleveland (Ohio) more than happy about drafting him.

He picked off rookie quarterback, Dwayne Haskins twice – including one that he returned for a 40-yard touchdown.

Wilson baited the former Ohio State product into both throws and has impressed his teammates since the draft.

He also turned in three tackles and two breakups in helping the Browns earn a 30-10 win at home.

According to Pro Football Focus, a website that dissects the analytics of college and pro football, Wilson was named to its Team of the Week.

His performance was graded out at 97.7.

PFF’s NFL Team of the Week is LIVE!

Here’s a look at the top performers on DEFENSE from the first full week of the 2019 NFL preseason!

As for Buggs, he came to Alabama in 2017 with no major scholarships offers from high school.

Hailing from Ruston La., Buggs took the junior college route of Mississippi Gulf Coast Community College and then became a force under Saban in two years with the Tide.

Buggs posted 102 tackles in his collegiate career and despite 47 defensive linemen taken in the NFL Draft – 21 defensive tackles – he had to wait until the sixth round (No. 192 overall) to hear his name for the Pittsburgh Steelers.

He tallied three tackles and one fumble recovery, while holding Tampa Bay to 89 yards rushing as the Steelers got a 30-28 victory.

For his efforts in executing assignments, Buggs received a grade of 90.2 from Pro Football Focus.

Both Wilson and Buggs want to take the league by storm.