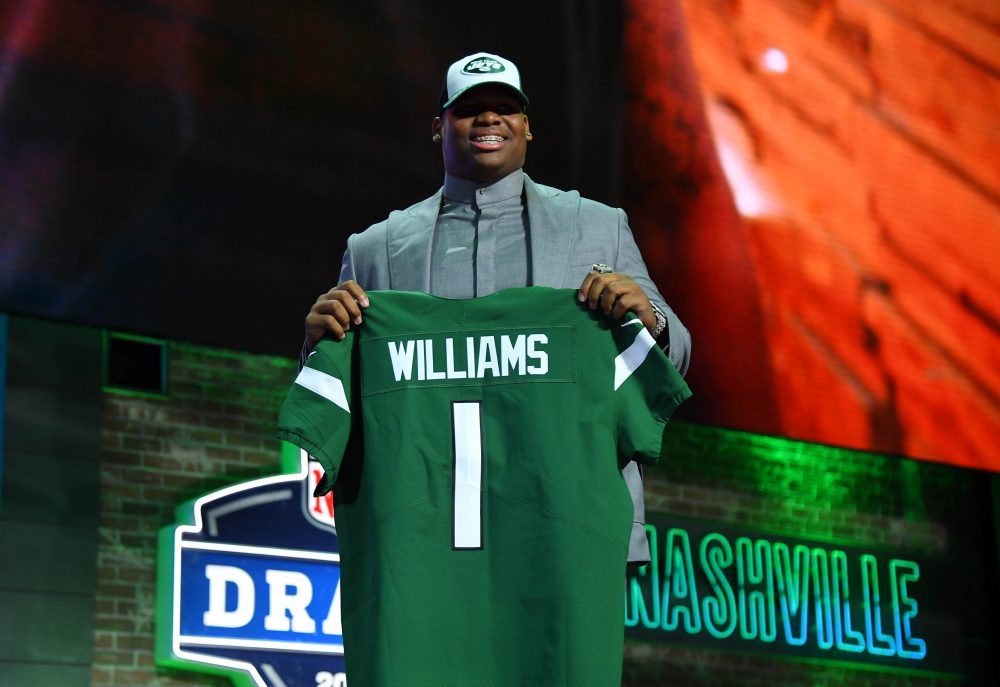 The Alabama bloodline runs deep in New York. After drafting defensive lineman Quinnen Williams and signing superstar linebacker C.J. Mosley this past offseason the Jets have made it a point to grab the crimson tide’s best available talents.

But this isn’t the first time the big apple has featured a former member of the crimson and white. All the way back in 1969 the Jets won their first (and only) Superbowl and the man who lead the way was former Alabama quarterback Joe Namath.

Namath who is responsible for one of the most iconic interviews in the history of the league when he guaranteed a Superbowl victory, attended his former team’s practice yesterday and was able to meet Williams.

One of the greatest moments of my life meeting and talking to @RealJoeNamath #RTR #Jets https://t.co/Kbb9DLmSS6

Anybody could’ve guessed that Williams is the type of guy to go straight for the hug. He is already becoming a must-watch player on and off the field because of the kid in the candy store type joy he has.

It’s also great to see Williams honor the legend by saying that it was one of the greatest moments of his life meeting Namath.

Looks like Alabama players from all eras will find a way to stick together.