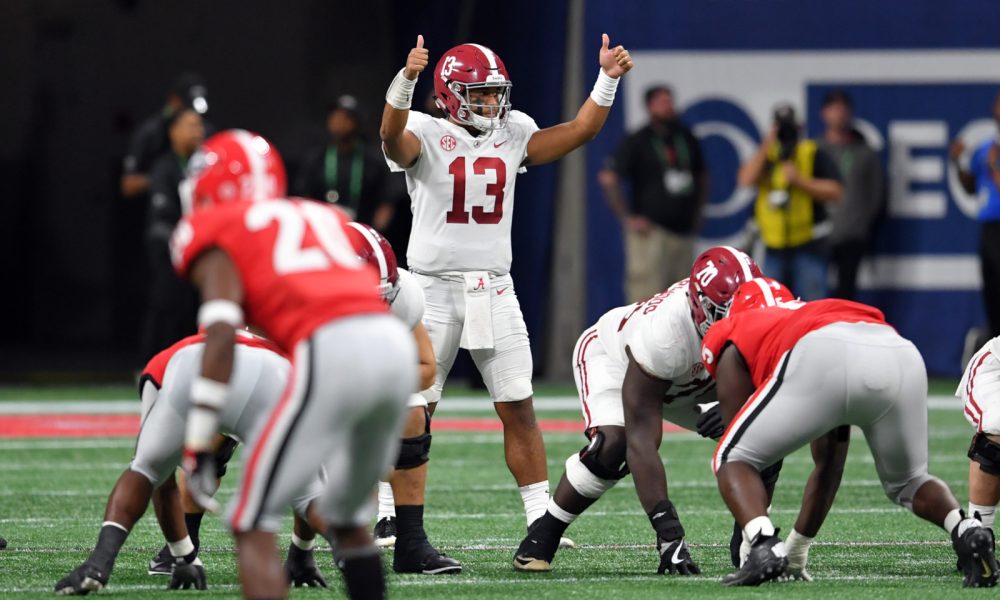 Welcome to the fourth installment of Bettin’ on ‘Bama where we explore how the Tide are viewed from the eyes of Las Vegas. Last week we took a look at the SEC West through conference championship odds, potential Heisman candidates, and betting lines on future games. This week we’ll take a look at the other side of the league.

Stay tuned next week where professional handicappers from WagerTalk and SportsMemo will offer their best bets involving Alabama, prior to the start of the college football season.

Kentucky – The days of Snell Yeah are over in Lexington, but Kentucky is poised to remain a thorn in the side of the rest of the division. The Wildcats only play four road games this season, with one of them being at Vanderbilt. At the Westgate, Kentucky’s regular season win total has been set at 6.5 victories. The Wildcats are 80-to-1 to win the SEC, 500-to-1 to reach the College Football Playoff, and 2000-to-1 to win the National Championship.

Florida – It’s been a decade since Tim Tebow electrified The Swamp. Is this the year that the magic returns to Gainesville? Florida is 16-to-1 to win the SEC, 12-to-1 to reach the College Football Playoff, and 50-to-1 to win the National Championship. The Gators’ regular season win total has been set at nine victories. Future wagering is available on three of Florida’s SEC games this season. Dan Mullen’s squad is an 8-point favorite versus Kentucky; 4.5-point favorite against Auburn on Oct. 5; and 5.5-point underdog to LSU on Oct. 12. Two Gators find themselves on the Westgate’s Heisman odds board. Quarterback Feleipe Franks is 100-to-1 to win the award, with running back Lamical Perine listed at 300-to-1.

Missouri – Barring a last-minute reversal by the NCAA, Missouri is not eligible for postseason play in 2019-20. The Tigers are still expected to be a dynamic team this season, thanks to the addition of Clemson transfer Kelly Bryant at quarterback. Missouri’s regular season win total has been set at 8.5 victories. Bryant is available at 300-to-1 to win the Heisman. The Tigers are currently ineligible to compete in the SEC Championship game, should they qualify.

Vanderbilt – Not much to say about the boys from Nashville. The Commodores or 500-to-1 to win the SEC and 5000-to-1 to win the National Championship. At the Westgate, Vanderbilt’s regular season win total has been set at 4.5 victories.

Tennessee – How many times will Vols fans be singing Rocky Top in 2019-20? Tennessee’s regular season win total has been set at 6.5 victories. The Volunteers are 80-to-1 to win the SEC, 250-to-1 to reach the College Football Playoff, and 1000-to-1 to win the National Title. The Tennessee-South Carolina game scheduled for Oct. 26 is currently lined as a pick’em. Alabama covered last year’s meeting with the Vols by a touchdown. The Tide were 29.5-point favorites and won the game by 37. Alabama covered the over/under by themselves, scoring 58 points in Knoxville.