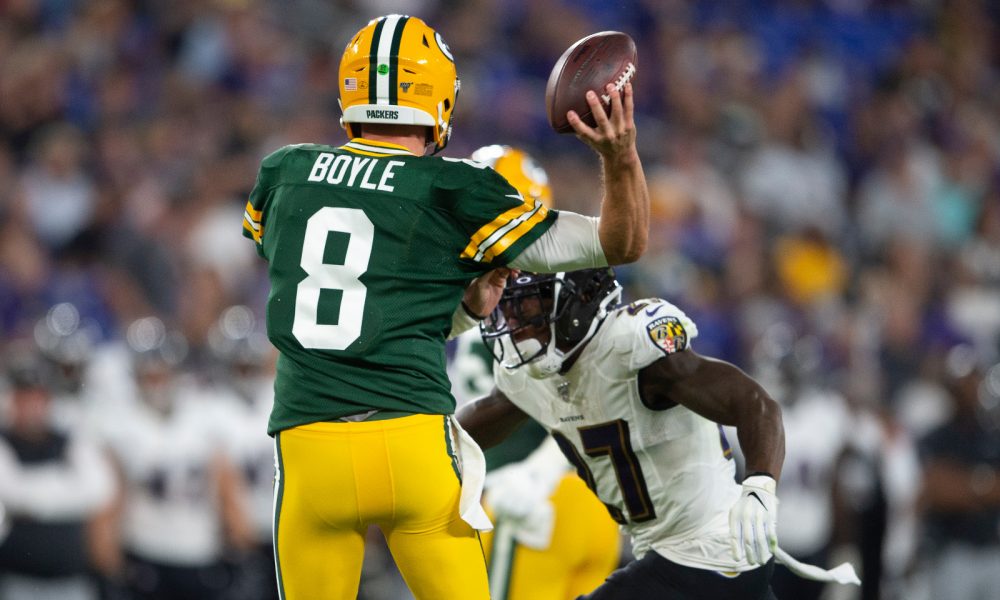 He’s back in his hometown of Baltimore, Md., and enters his second full season (fourth year overall) with the city’s legendary franchise.

One of the things that Ozzie Newsome did before stepping down as general manager was restoring Jones to the Ravens.

Despite being selected in the second round of the 2016 NFL Draft to the New England Patriots, Jones did not feel at home with the likes of Bill Belichick, Tom Brady and Robert Kraft at Gillette Stadium.

RELATED: Minkah Fitzpatrick’s Mom is Not Happy with the Dolphins

After two years with New England and being moved from its practice squad to Baltimore’s group, Jones played his first full season with the Ravens in 2018. Pairing him back with former Crimson Tide standouts such as Marlon Humphrey, Anthony Averett and Tim Williams has brought Jones much excitement for this fall.

In a matchup against the Green Bay Packers on Thursday night for week two of NFL Preseason, Jones displayed the instincts and leadership traits that made him a blue-collar cornerback at the University of Alabama under Nick Saban.

The former four-star finished with five tackles – including three solo stops – and one quarterback pressure, to help the Ravens earn a 26-13 win.

While players like Quinnen Williams and Josh Jacobs also put in quality efforts in their NFL debuts, Jones really stood out on the field.

Jones had 106 tackles, 7.5 tackles for loss, seven interceptions, 28 pass breakups and four forced fumbles in his tenure. He became a weapon on special teams in his senior year, totaling 530 punt return yards with four touchdowns on 42 returns.

Jones averaged 12.62 yards per punt return in 2015, and brought one back for a score against Michigan State in the Goodyear Cotton Bowl Classic.

Jones’ athleticism and ball skills (one interception) led to the Tide capturing a dominant, 38-0 win over the Spartans.

He was the most valuable player of the game.

During his time at Alabama, Jones was a member on two national title teams (2012, 2015) and three Southeastern Conference title squads (2012, 2014-15). He is now ready to prove to NFL fans why he was one of the best defensive backs in college.

Minkah Fitzpatrick’s Mom is Not Happy with the Dolphins
Good People Still Exist; Freddie Kitchens Attended a Funeral and Coached a NFL Game in the Same Day
To Top
%d bloggers like this: