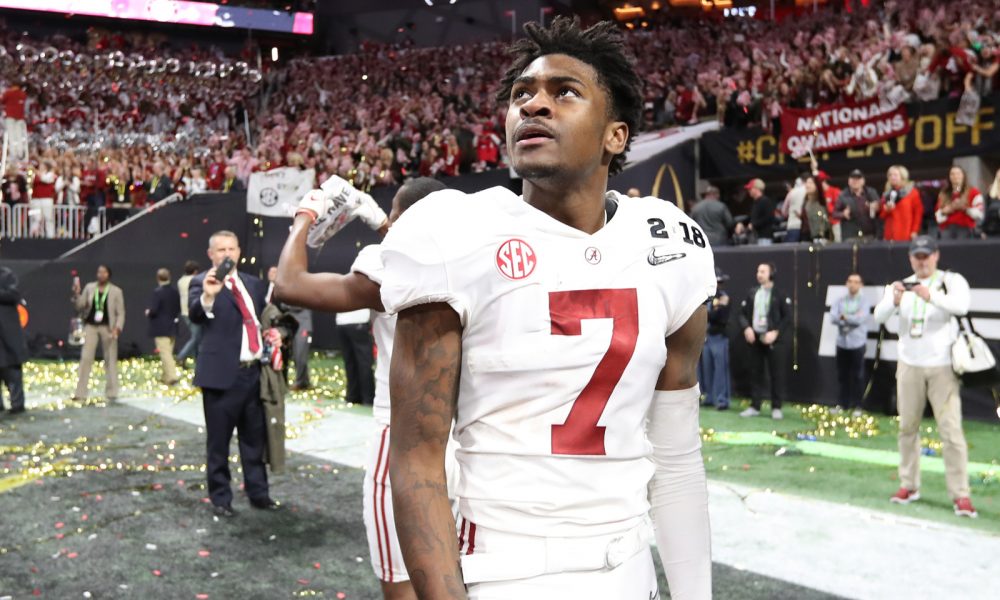 NFL scouts, like fans, are ready for college football to start.

The time has come to start observing the next wave of professional talent, and according to Reese’s Senior Bowl site, the coordinators of the event have started a watch list.

In a matchup that is annually played at Ladd-Pebbles Stadium in Mobile, Ala., the Senior Bowl is a rite of passage for true seniors (four years) and redshirt seniors (five years or more) to make their first transition into the National Football League.

For those who are overlooked in the regular season and players whose game tape doesn’t immediately grab attention, the exhibition each January serves as a chance for those individuals to show NFL personnel their skill sets.

While most consider Shyheim Carter a second-round value, he has big opportunity to generate a first-round stock. After posting 10 pass breakups and two interceptions – both returned for touchdowns – last season, the Louisiana native returns as the “smartest” defensive back.

He saw both Quinnen Williams and Isaiah Buggs get drafted in April, but now Raekwon Davis knows this defensive line belongs to him.

Head coach Nick Saban wants the Mississippian to be an improve inside pass rusher and Davis is doing it.

He is healthy now and the former four-star is working at both corner and star (nickel) in the Tide’s secondary.

Listed at 6-foot-2 and 207 pounds, Diggs has the size, athleticism, range and ball skills to be a first-rounder. He has to trust his technique and use good eye discipline.

A native Texan, Jared Mayden is one of the underrated members of the secondary.

He recorded 18 tackles a season ago, but wants to prove that he can defend the pass patterns of receivers and shed the “box safety” label. Mayden will get to do that, as he’s the starting free safety in Alabama’s base 3-4 alignment and may potentially start in its nickel and dime sets.

He is another one that strikes as a mid-round value, yet Mayden has a strong skill set.

Matt Womack is on an offensive line that is as deep as it has ever been in the Saban era; nevertheless, the redshirt senior returns with the most game experience.

At 6-foot-7, 325 pounds, Womack started all 15 games at right tackle in 2017 – prior to sustaining a foot injury the following year and losing the job to Jedrick Wills, Jr.

His size and brute strength make him a quality guard, despite Saban typically using players of Womack’s frame at left tackle.

He is currently battling Emil Ekiyor and Landon Dickerson for the starting role at right guard.

Should he win, the left and right side of the Tide’s front will be one that has a great chance of winning the Joe Moore Award – which goes to the top offensive unit in college football.

Anfernee Jennings had a bounce back year in 2018, totaling 13 tackles for loss and 5.5 sacks.

The 6-foot-3, 257-pound linebacker is excited to have fellow outside linebackers Terrell Lewis and Christopher Allen in action with him, but he is ready to show that he can embarrass offensive linemen and consistently attack quarterbacks.