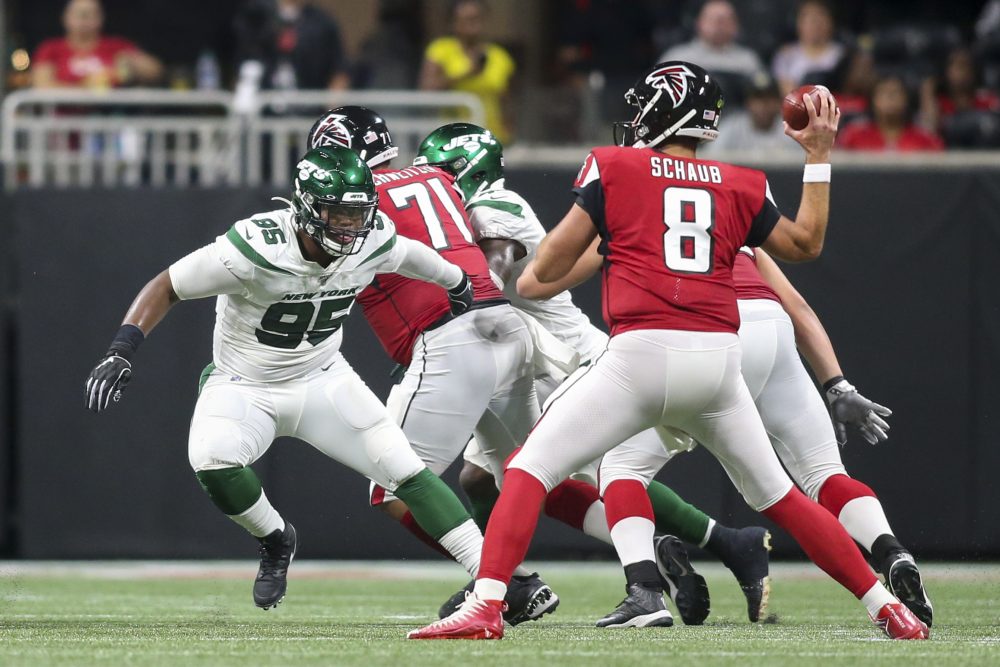 New York Jets rookie Quinnen Williams will be checking some boxes off on his bucket list as he lives out his well-documented dream of playing in the NFL this season. But yesterday Williams completed a task which I seriously doubt was on his list of goals in 2019.

Picking up his first fine.

On Sunday, the NFL announced that it will be fining the rookie defensive lineman $21,056 for his hit on Atlanta Falcons quarterback Matt Schaub during a preseason game on Aug. 15.

It’s probably safe to assume the hit can be found somewhere in here.

Don't let the smile fool you… @nyjets DE @QuinnenWilliams is a MENACE on the line. 😁 (via @BaldyNFL) pic.twitter.com/are1cm7sav

Regardless, the fine is the base amount for a first time roughing the passer despite Williams not being called for a penalty.

If the third overall pick of the 2019 NFL Draft wishes to appeal the fine he will have a hearing with former players, and current league appeal officers Derrick Brooks and James Thrash.

The money within Williams fine is given to the NFL Player Care Foundation and the Gene Upshaw Players Association’s Players Assistance Trust. These organizations are designed to aid former players with any lingering injuries following their careers in the NFL.