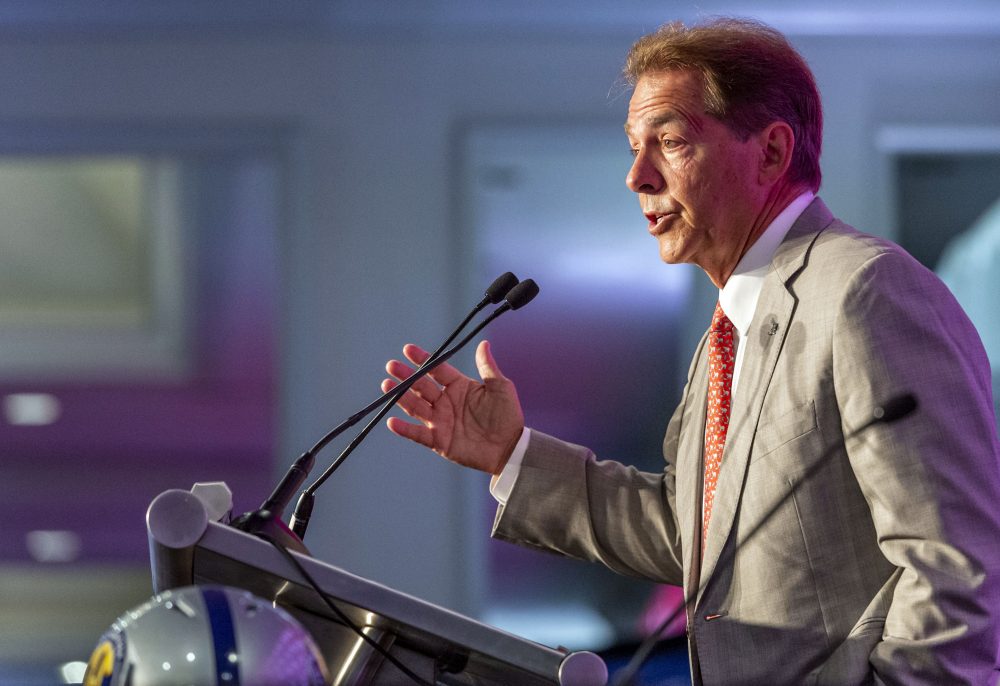 Nick Saban didn’t want things to go perfect, not yet. But he got everything he wanted in this first game. Read why that is the case.

Nick Saban got everything he could have dreamed of Saturday. They won the game by a bit more than Las Vegas said he should, he didn’t have any huge health issues for anyone who could hurt their efforts to win another championship, but most of all he has plenty of mistakes to go over with the team on film day. And Saban always likes to have film on things that went awry so he can motivate them to do better.

He didn’t even mind calling himself out on that call that he got from the refs for unsportsmanlike conduct in yelling at the refs. “I guess I didn’t set the best example…” he told reporters after the game on how he wanted everyone to show poise and concentrate. But he said it with a smile. He, like most of the Tide fans, were happy with the overall outcome.

Saban liked how some relative newcomers to the spotlight and even some true freshmen showed up ready to go in the game. It’s even possible that Saban didn’t mind Jerome Ford’s early fumble, because it was a mistake he knows Ford won’t forget. It’s also possible he liked it because in the Saban era at Alabama, once running backs did actually fumble the ball, it was something that rarely happened again, so he’s got that out of the way now in a game that was a blowout win.

Speaking of Ford, Saban liked that he had a good overall day including a 37 yard run for a touchdown. Now Saban can quietly send the message to the “star” running backs and especially the ones that were banned from play for the first quarter by Saban for an unknown violation, that he can do just nicely without them if they choose to make another mistake. He just has to love that.

He also had to love how two tight ends that many felt might not be ready for the spotlight seemed to more than ready for their close ups.

He loved that his defense kept Duke from scoring a touchdown, but secretly loved that the defensive secondary made lots of first down conversions for Duke with penalties. Now he can have something to work on and get them to feel bad about so that they’ll work even harder to correct these mistakes.

Yes, for Saban to be truly happy, he has to have something to bitch about, even in a blowout win. Therefore you can bet your bottom dollar that though he’ll try hard not to show it, he’s really a very happy man this week.