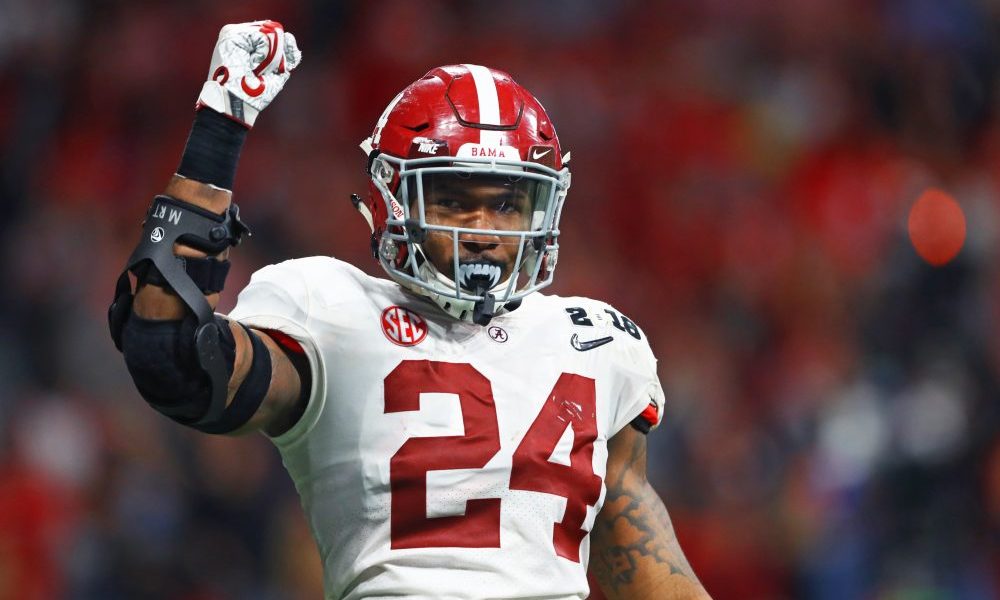 Aside from its group at wide receiver, the outside linebacker position for Alabama football is arguably the closest unit on the team.

This theory was first proven true in the aftermath of the Crimson Tide’s 26-23 win in the 2018 College Football Playoff National Championship over Georgia.

Terrell Lewis and Anfernee Jennings (who was hurt at the time) embraced each other at midfield and cried together.

Both suffered injuries throughout their careers; however, the fear of not wanting to disappoint each other kept the two moving forward. Despite it being a big outside linebacker room upon Lewis’ arrival in 2016, he and Jennings were the inseparable two laughing and smiling.

The duo encouraged each other in surgery, rehab and the return to football.

When he asked about Lewis in the offseason, all Jennings could do was smile.

“You just don’t know how excited I am,” Lewis said about his brother. “Terrell is ready to go.”

As overjoyed as Jennings is about the former five-star healthy and taking flight, Lewis holds a deeper respect for his brother. He was able to speak about it on Monday to the reporters.

Alabama‘s Terrell Lewis has a strong brotherhood with his teammate, Anfernee Jennings.

“Anfernee took me under his wing when I was a freshman. We saw the bond that Ryan Anderson and Tim Williams had and we knew that was going to be us at some point. We just play off each other.” pic.twitter.com/OpM2Ua4k2K

“Anfernee and I have a real strong bond,” Lewis said. “Coming in as a freshman, he took me under his wing along with Christian Miller and Jamey Mosley. So, the bond that we built being behind guys like Ryan [Anderson] and Tim [Williams] made us grow together.”

Nothing is wrong with emulating a predecessor.

In fact, seeing positive traits in someone else should push an individual to want to succeed and maintain a strong tradition or trend.

At the University of Alabama, the tradition is having elite pass rushers that provided nightmares to quarterbacks.

No other tandem did this better under Nick Saban than Ryan Anderson and Tim Williams.

The two destroyed the passing game of opposition in 2015 and 2016, assisting a program that totaled 50+ sacks in both seasons.

The duo propelled Alabama to a College Football Playoff National Championship in 2015 and were integral on the best defense in Crimson Tide in 2016, in terms of sacks, turnovers forced and points scored off turnovers.

“We saw how Ryan and Tim bonded,” Lewis said on wanting he and Anfernee Jennings to emulate Anderson and Williams. “So, we knew it was going to be our time at some point as edge guys. We play for each other and we try to model our games after Ryan and Tim.”

Lewis and Jennings have been effective thus far. The pair will face South Carolina this week.