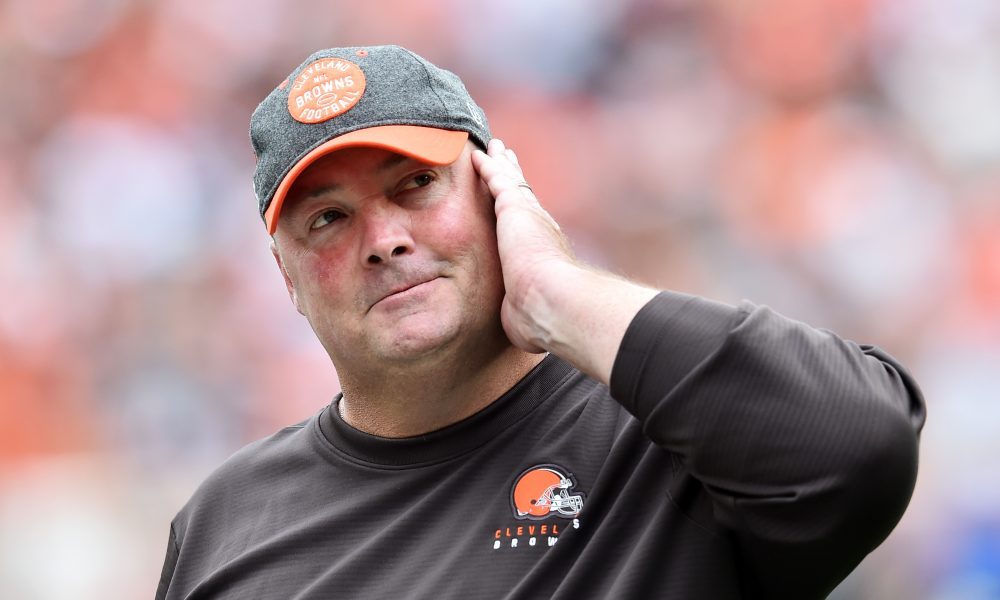 Entering the 2019 NFL season, there may have been no other team under as big of a microscope than the Cleveland Browns. With stars like Baker Mayfield, Odell Beckham Jr. and Myles Garrett it can be suspected that there will be a lot of press surrounding the team. But a good deal more was brought onto the franchise after the hiring of rookie head coach Freddie Kitchens.

Kitchens has been praised by the front office and players but also scrutinized by the media and former coaches. As the Browns looked to usher in a new era with Kitchens, questions about his experience and whether he even deserved consideration have been a constant dialogue throughout training camp.

Last Sunday, Kitchens made his head coaching debut against Mike Vrabel and the Tennessee Titans.

The result was unfavorable for Browns’ supporters.

Cleveland looked overmatched the entire game despite having the roster advantage on paper. Tennessee was not fazed by the flashy Browns and came out and played their brand of physical football for 60 minutes. Running back Derrick Henry carved up Cleveland’s defense with 159 total yards and two touchdowns.

The Brown’s offense was expected to thrive this season with all the weapons they have. It’s also Kitchens calling card as a coach since he served as the interim offensive coordinator in 2018. Yet the offense could not get into any rhythm at all.

Some of the offensive struggles were partially from having to constantly be playing from behind and trying to press on certain plays. Other than that the team executed very poorly. Mayfield threw three interceptions, wide receivers Jarvis Landry and Beckham Jr. sort of faded into the background and the offensive line was an utter disaster from kickoff on.

What may be the most egregious stat of the night was how undisciplined the entire team was during the game. Cleveland finished the game with 18 penalties for 182 yards. On the outside that may suggest that the coach doesn’t have a good grasp on his player’s in-game emotions. Or it could be a team who listened to the hype all summer long and the second they underperform decide to implode.

All of this dysfunction resulted in a 43-13 beat down right in the Browns backyard.

Sure, this is not the way the Browns franchise wanted to start the season. The questions about Kitchens legitimacy will continue to circulate through the media until he can put together some wins.

Despite the lopsided first game, Cleveland has way too much talent on both sides of the roster to not figure something out. One can easily forget the team’s leaders are all very young players who still need time to improve.

But it can’t be understated, how much pressure is going to be on the team and Kitchens going forward. Everybody who has any involvement in the NFL overreacts from week to week but in this league, all it takes is a one or two rough ones to find yourself out of a job.

The panic button shouldn’t even be looked at this point in the season and with the talent in that locker room. But we are talking about Cleveland, and it wouldn’t be the first time they didn’t meet expectations.