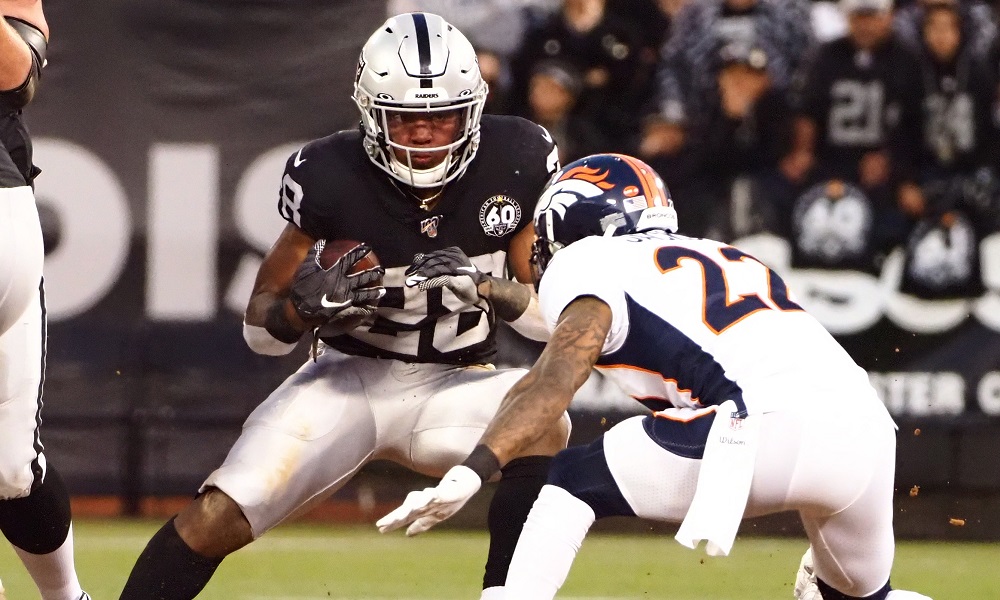 Greatness recognizes greatness, and that is no exception for former Raider and Hall of Fame running back, Marcus Allen, who sees that in former Alabama running back, Josh Jacobs.

Allen, who spent 11 of his 16 years with the Raiders organization (Los Angeles at the time), can’t help but to praise the unassuming Jacobs any chance he can.

Jacobs, who had a rookie debut for the ages with over 100 yards from scrimmage and two touchdowns, is set to be the workhorse for head coach John Gruden, who will look to lean more on the talented Jacobs with the departure of Antonio Brown.

Related: Marcus Allen is ready to see Josh Jacobs in the silver and black

The excitement for Jacobs was on full display Monday night as he sent Raider nation ablaze on social media, and it has yet to slow down as Allen too couldn’t help himself with more praise for Jacobs.

While quoting a tweet from a Twitter user, Allen stated, “I said it once and I’ll say it again, [Josh Jacobs] is destined for greatness.”

The image in the original tweet was of Allen doing his famous goal line leap and Jacobs performing the same task for one of the two touchdowns he scored opening night against the Denver Broncos.

See more of Allen’s tweet and the image below.

I said it once and I’ll say it again, @iAM_JoshJacobs is destined for greatness. #JustWinBaby https://t.co/fuQvjxDySj