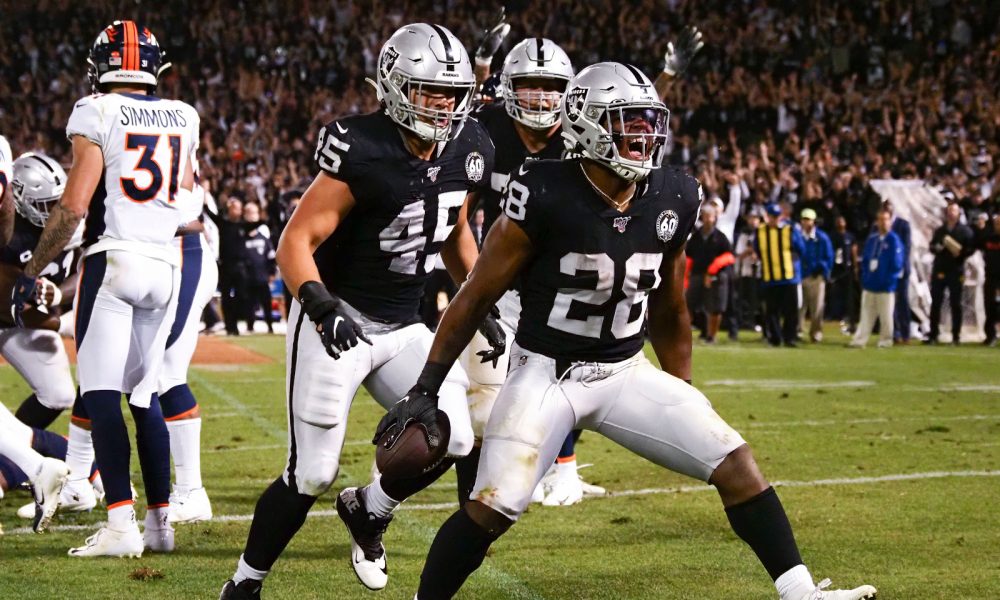 After celebrating players such as Bo Jackson, Marcus Allen and Eric Dickerson, fans of the silver and black now have another running back to appreciate.

The Oakland Raiders selected Josh Jacobs with one of its three first-round picks in this year’s NFL Draft back in April. A former standout at the University of Alabama, Jacobs was selected No. 24 overall and entered offseason activities as the No. 1 rusher for the franchise.

Hailing from Tulsa, Okla., Jacobs’ story of going from being homeless to the National Football League has been well documented. Regardless of him not becoming a traditional starter at his position for the Crimson Tide, he was a fan favorite due to his running style, versatility, toughness and desire.

He led Alabama in rushing scores last season (11) and was the most valuable player in the Southeastern Conference Championship Game against Georgia, posting 83 yards rushing with two touchdowns on eight carries (10.4 yards per rush) in a 35-28 win for the Tide.

Both of Jacobs’ scores came in goal line situations, and he jumped into the stands to celebrate with his new fan base after reaching the end zone.

His efforts made Derek Carr very effective at quarterback, seeing how he completed 22 of 26 passes for 259 yards with one touchdown (no turnovers) in a 24-16 win for the Raiders.

Oakland is pleased with what it has in Jacobs; however, Tide fans are not surprised by the success he had in game one. He was part of a College Football Playoff National Championship team in 2017 and people expected nothing less than greatness for him moving forward.