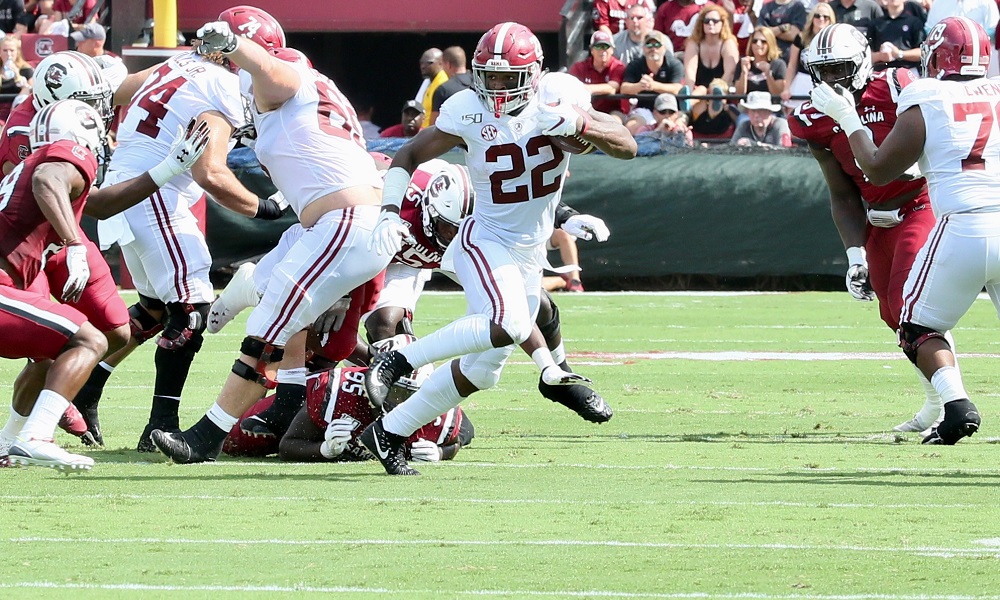 As Alabama leads the South Carolina Gamecocks 24-13, their run game has had no impact on the contest as the Tide’s running backs ran the ball a total of seven times for 38 yards.

Najee Harris lead all of Alabama’s rushers with 27 rushing yards on 5 carries. The Tide had 145 rushing yards against Duke in their season opener and 318 against New Mexico State last week.

Fortunately for the Tide, Tua Tagovailoa and Alabama’s wide receivers have shown up. Tagovailoa had 286 yards and three touchdowns in the first.

Alabama will look to pick up their run game in the second half as they might have to lean on it late if the Gamecocks make this a closer game.

Gamecocks’ QB Ryan Hilinski showing big poise versus Alabama
Alabama gets revenge in Columbia despite scrappy play from South Carolina
To Top
%d bloggers like this: