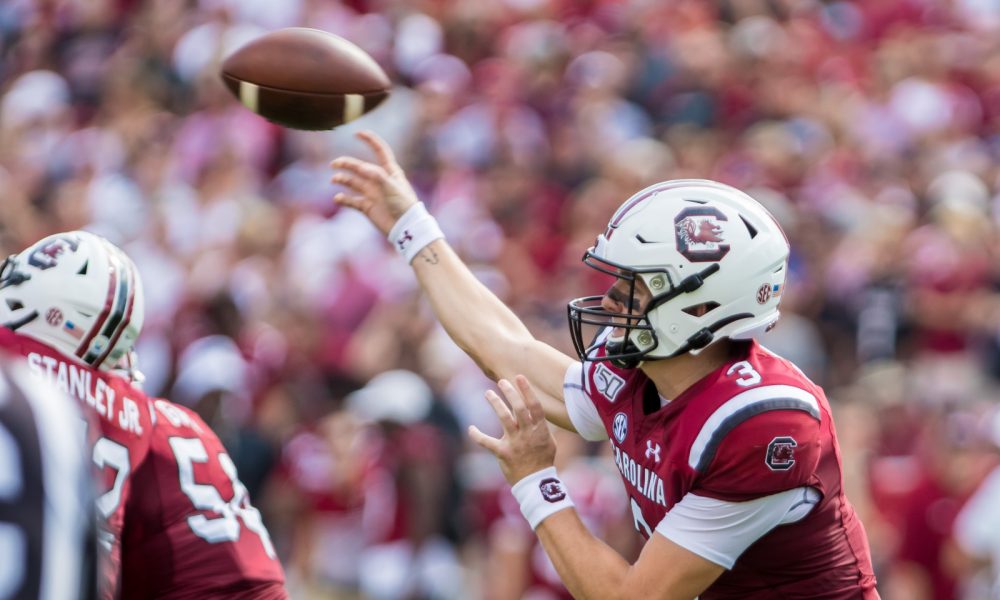 He may be a true freshman, but Ryan Hilinski is not acting like it.

The native of California was a prostyle quarterback in the 2019 class and he has kept South Carolina with Alabama in the first half.

The four-star completed 18 of 28 pass attempts for 175 yards with one touchdown to no interceptions. Despite him being sacked twice, the Crimson Tide was not able to consistently get pressure to him.

Hilinski connected with seven different receivers in the first half – including Bryan Edwards, who leads the team with 70 yards.

He executed a big-time throw to Shi Smith in the first quarter for a 34-yard touchdown, to cut Alabama’s lead to 14-10. Head coach Will Muschamp and the Gamecocks have been able to use tempo, quick passes and inside runs to keep the Tide’s defense off balance.

Second half adjustments are needed, and it starts with Alabama being more effective in making Hilinski feel uncomfortable. The Tide leads 24-10 at halftime, but South Carolina gets the ball to start the second half and its quarterback has the fans engaged at Williams-Brice Stadium.