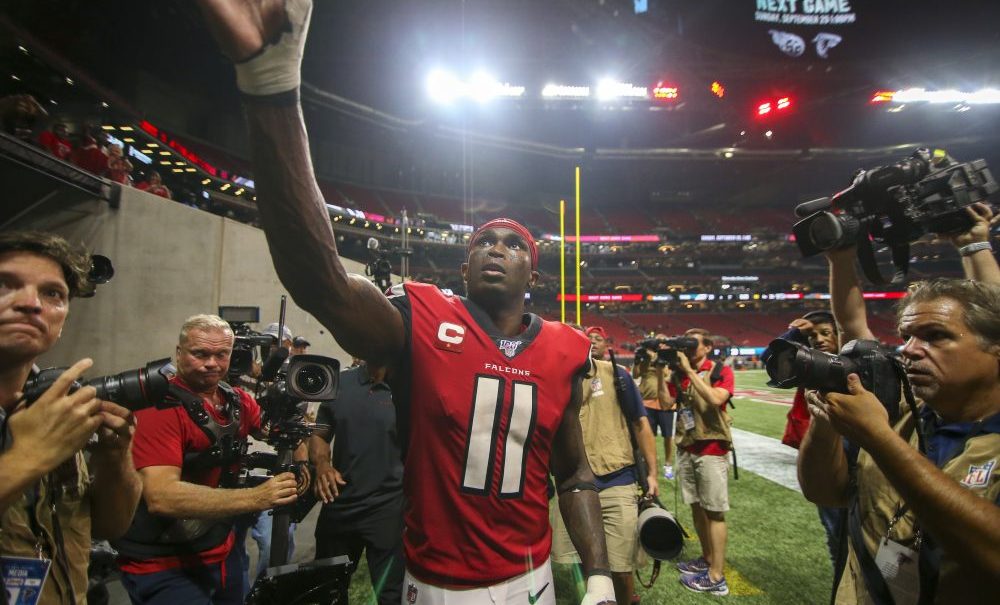 During the Atlanta Falcon’s Sunday night game against the Philadelphia Eagles, wide receiver Julio Jones propelled his team to victory while also making a little bit of history. In the early portion of the third quarter, Jones caught a four-yard touchdown pass from quarterback Matt Ryan to extend the team’s lead to 17-6 but it wasn’t the only number extended.

That catch furthered Jones’ touchdown streak to six games in a row which is the longest in the NFL. The last game where the former Alabama receiver didn’t score was week 13 of 2018 against the then red hot Baltimore Ravens.

Later in the game, Jones took a fourth-down screen pass 54 yards for his second touchdown of the game and sealing the Falcons victory. On that particular catch and run Jones was able to hit a staggering 20 mph as he burned the Eagles secondary.

But that catch and run held a bit more weight than just winning a week two matchup.

At the end of the play, Jones became he Falcons all-time leading receiver, surpassing former teammate and mentor Roddy White.

With 10,868 yards, Jones still has a lot of miles to create even more separation between him and the rest of Falcons’ history.

After signing a fully guaranteed three year $66 million-dollar extension making him the highest-paid receiver in the NFL and attaching him to the Falcons for a total of five more seasons. On the season, Jones has 11 catches for 137 yards and league-leading three touchdowns.

Down the line, Jones will also be closing in on a few more franchise records making his new deal more than worthwhile.