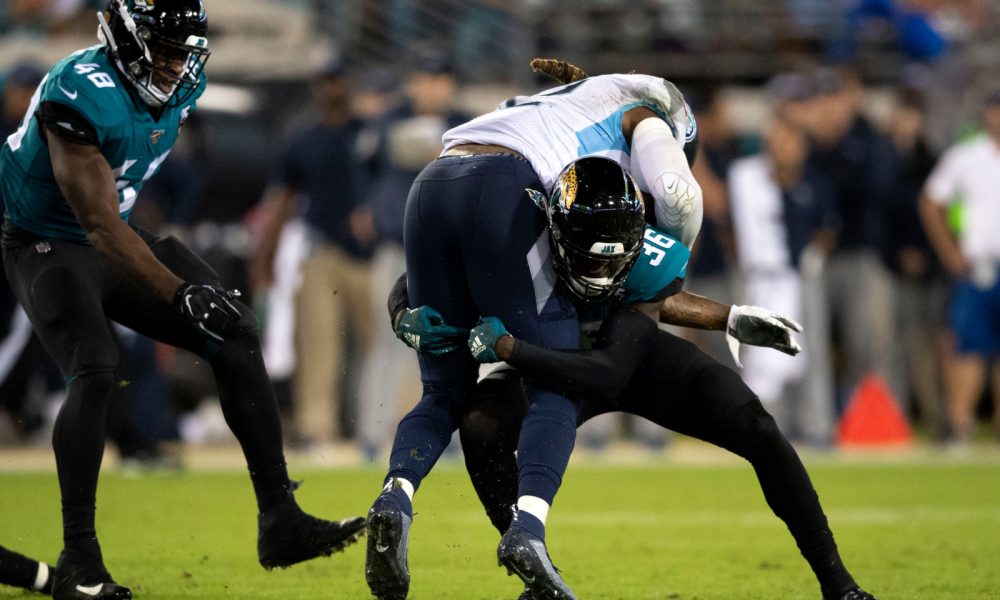 The “Minshew Mania” craze is in full bloom for the Jacksonville Jaguars; however, it was the defense that earned its revenge over the Tennessee Titans on Thursday Night Football.

After dropping its first two regular season games and one of its leaders – Jalen Ramsey – requesting a trade, the Jaguars were ready to put a lot of distractions behind them.

While its sixth-round pick at quarterback tossed a pair of scoring passes with no turnovers, a former University of Alabama standout captained Jacksonville to allowing just seven points.

Ronnie Harrison, a second-year safety, posted a team-high 10 total tackles in a 20-7 win for the Jaguars at home.

His former teammate at Alabama, Derrick Henry, embarrassed the franchise in 2018 as he accounted for 200-plus yards rushing and career-high four touchdowns – including a 99-yard score that tied NFL legend, Tony Dorsett for the longest play in pro football history.

Despite getting stiff-armed by Henry, Harrison didn’t allow a second huge game.

He limited the 2015 Heisman Trophy winner to 44 yards rushing on 17 carries (2.6 yards/carry) and the Titans recorded 91 rushing yards on 26 attempts. Along with his 10 stops, the former four-star had half a tackle for loss and one pass breakup.

Following its first victory of the campaign, Harrison and the Jaguars will travel to Empower Field at Mile High to face the Denver Broncos next week.

He comes off a rookie season, where he collected 32 tackles, one sack, one interception and three breakups.

Harrison also chimed in with seven interceptions and 17 breakups. He played a key role in the Crimson Tide winning two College Football Playoff national titles in 2015 and 2017.

The Jaguars selected Harrison in the third round of the 2018 NFL Draft.