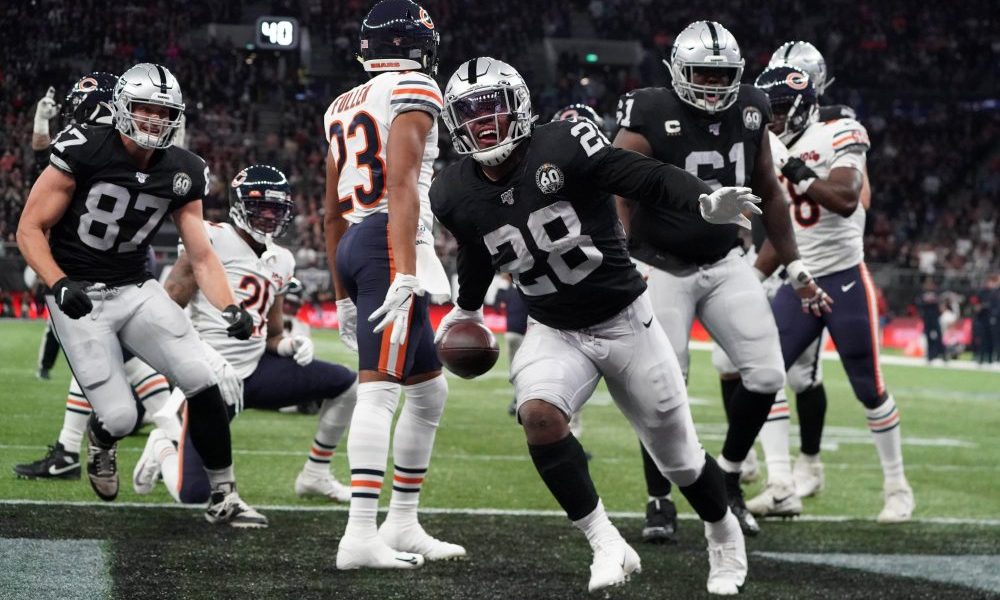 Against one of the best defenses in the entire NFL, Oakland Raiders running back Josh Jacobs displayed exactly what warranted him to be a first-round selection. Over the past two seasons, the Chicago Bears defense has struck fear into the hearts of opposing offenses and for the most part, had done so for the majority of the game.

Raiders quarterback David Carr was essentially reduced to a game manager today. Despite not getting sacked once, Carr only threw for 229 yards as the Chicago secondary did a great job of limiting any passes downfield.

Thankfully for the Raiders Jacobs turned in a career game to pick up the slack. Jacobs rushed for 123 yards on 26 carries with two touchdowns. His second score came with two minutes remaining in the contest as he put Oakland ahead with a two-yard score which capped off a 97-yard drive.

Josh Jacobs goes ⬆️ for the score! Second TD on the day gives the Raiders the lead and the W. pic.twitter.com/BZW0mt2YOT

Coming into this game Chicago’s defense was rated as the best rush defense in the league, making his big day even more impressive.

It is the former Alabama running back’s first 100-yard rushing game of his career and now has 430 rushing yards on the year which leads all rookie running backs. Oakland now advances to 3-2 on the season keeping them in contention for a playoff spot.

Heading into the year many expected another year full of struggles for the silver and blacks final season in California, but as of right now the team is still in the mix and a lot of the success can be attributed to Jacobs.

Alabama remains at No.1 in AP Poll
Dont’a Hightower propels Patriots to blowout win over Redskins
To Top