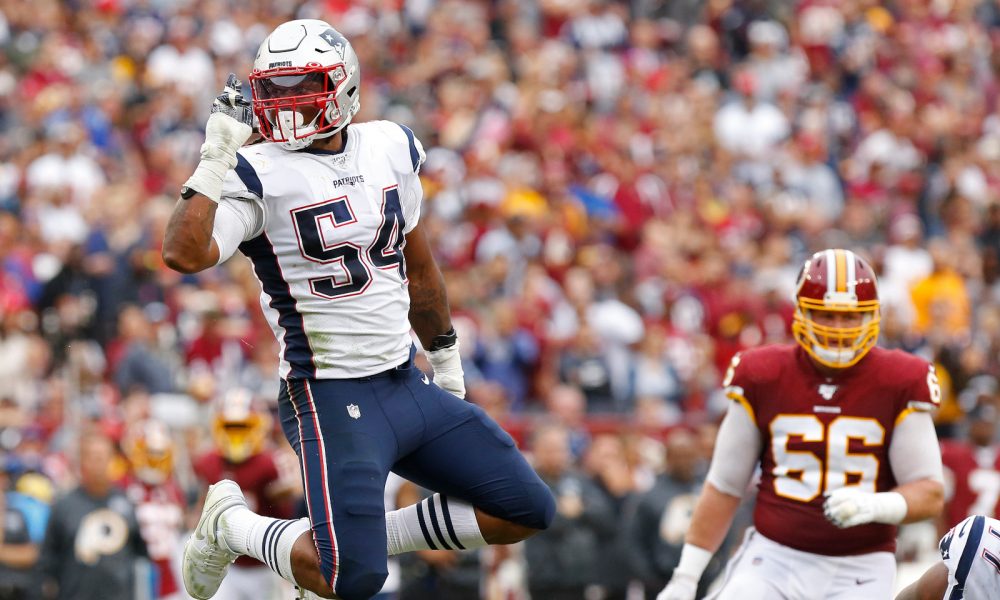 In his eighth season in the National Football League, Dont’a Hightower remains a force to be respected.

The former University of Alabama star is a defensive leader for the New England Patriots, and he looked ready to pursue his fourth Super Bowl on Sunday against Washington.

Redskins’ head coach, Jay Gruden had no answers for the former All-American linebacker as Hightower disrupted plays the entire game.

It was quite fitting to see Hightower face Colt McCoy, especially knowing that the once signal caller for the Texas Longhorns was knocked out of the 2010 BCS National Championship matchup versus Alabama.

The two-time national champion in Hightower collected 1.5 of New England’s six sacks of McCoy, while helping the unit force three fumbles and one interception.

He had four tackles for loss, one pass breakup and two quarterback hurries.

Hightower and company rendered McCoy to a 60.6 QBR and allowed neither a 100-yard rusher nor 100-yard receiver for the Redskins.

A native of Lewisburg, Tenn., the second team All-Pro selection of 2016 anchored a group that surrendered one third down conversion (11 tries), 11 first downs and 220 yards offensively.

He has the Patriots at 5-0 and it will face the Giants next week.

Josh Jacobs drags the Raiders to a victory over the Bears
Marlon Humphrey’s forced fumble propels Ravens to win over rival Steelers
To Top
%d bloggers like this: