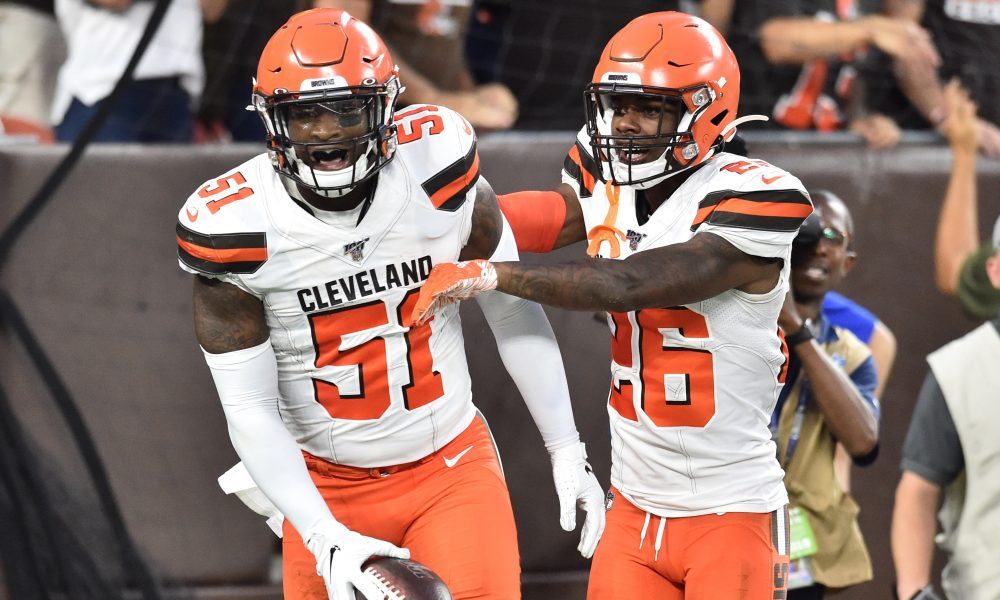 With the injury to veteran linebacker Christian Kirksey in the early part of the 2019 NFL season, all eyes turned to fifth round pick and training camp star Mack Wilson. The player who most believed left the University of Alabama early has proven that he is here to stay in the NFL.

In his first five games Wilson, has recorded a total of 26 total tackles and two pass deflections for Cleveland’s defense. Although it hasn’t quite transferred to wins Wilson’s play is not going unnoticed.

“Mack is doing a really good job right now,” Browns run game coordinator/linebackers coach Al Holcomb said Tuesday. “Obviously it is on-the-job training being a young guy so he is going to go through some growing pains. Every day, he learns more and more and more and he is starting to feel a little more comfortable not only with the system but with the speed of the game at this level.”

RELATED: C.J. Mosley is set to return for Jets on Monday Night vs. Patriots

Despite Wilson having to learn on the fly, his potential is unquestioned when he is on the field. Both Holcomb and defensive coordinator Steve Wilks have brought up Wilson’s “growing pains” but nearly every young player must push through those hardships. Even fellow linebacker Joe Schobert can relate to his situation.

“Mack, as every rookie is, you come in and your head is swimming and in the NFL for the first time,” Schobert said. “As you get more experience, you start to settle down a bit more, you start to trust yourself, make some plays and I think you definitely see that with Mack.

His developing instincts partnered with his elite athleticism is an intriguing mix for a rookie who has all his coaches and teammates excited about his future.

“Honestly I am excited about Mack every time he steps on the field,” Holcomb said. “I think he is a dynamic player. He is a young player that will continue to develop, but I feel like he has a knack for the ball. He will be around the football and he is going to be a big-time player for us.

C.J. Mosely ‘will play’ for the New York Jets next week versus New England
Has Butch Jones become a blessing in disguise for Alabama?
To Top
%d bloggers like this: