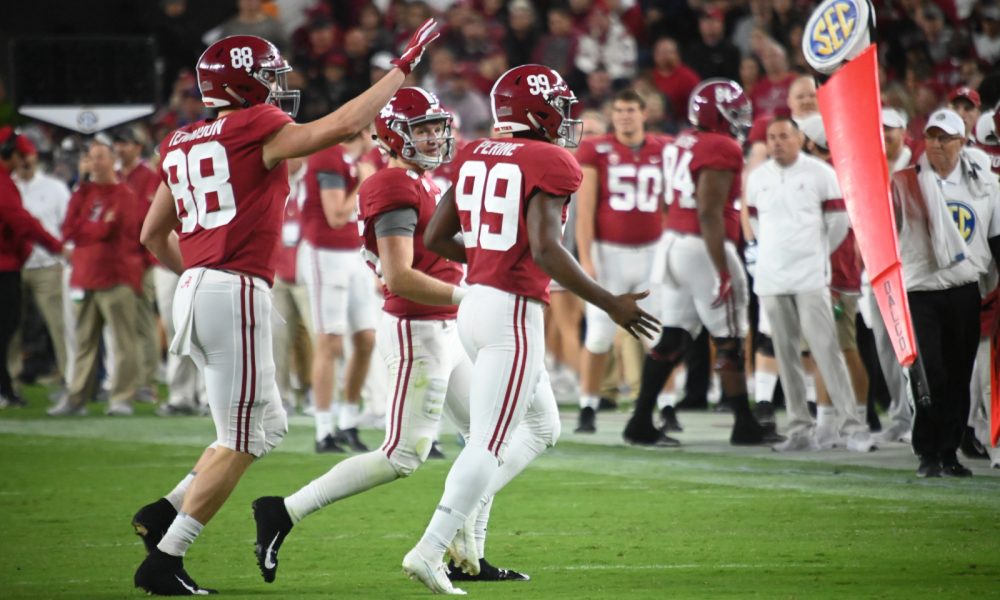 The third most important player is punter, Ty Perine.

During his four years at Alabama (2014-17), JK Scott consistently served as one of the team’s most valuable players against LSU.

He was magnificent in every matchup with an opponent facing the Crimson Tide; however, his best performances were reserved the Tigers.

RELATED: Raekwon Davis, No. 4 impact player for Alabama versus LSU

After showing Nick Saban that he could handle the moment in battling Tennessee and providing consistency against Arkansas, Ty Perine expects to create an advantage for the Tide in any way he can. This meeting between the Tide and Tigers always seems to come down to field position and after Perine showed he’s the one for the job, Alabama fans feel comfortable about the freshman walk-on setting LSU up in tough spots.

He has been called on to punt four times thus far, netting an average of 47 yards.

The idea in this game is to put the Tide’s defense in situations where it can be aggressive and having Joe Burrow try to navigate the Tigers’ offense in front of the student section at Bryant-Denny Stadium is no small task. If Perine can control the return specialists of LSU, as well as give the coverage team time to make a play, the Tigers will not have favorable field position.

This could be the moment that lands the Prattville (Ala.) a scholarship.