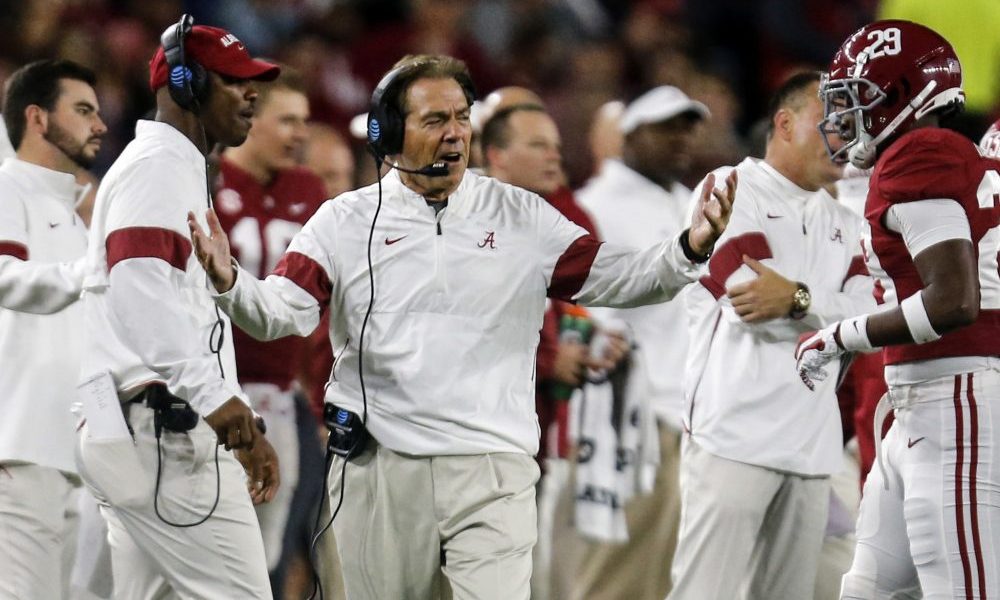 With Saturday nearly upon us, there is still a bit of question as to whether quarterback Tua Tagovailoa will be suiting up against LSU. Although he has been practicing all week and is expected to be ready to go, head coach Nick Saban has been consistent in saying that Tagovailoa will be a game-time decision.

But during one of Alabama’s final practices of the week coach Saban laid out one rather specific requirement to his quarterback in order to start the game on Saturday.

“One of the prerequisites for you being able to play in this game is you gotta outrun my ass,” said Saban. “You ain’t close yet I can tell yah.”

Judging by the playfulness of the statement it looks as if the speculation can end around Tagovailoa’s injury. You will see him suit up tomorrow and it shouldn’t surprise anybody.

With the level of medicine that the school offers these days, nearly any injury is recoverable, especially with the new tight rope procedure which Tagovailoa has endured twice now

Mark Ingram says Alabama owns LSU and stop hyping them up
ESPN’s Stephen A. Smith continues to roll with Alabama
To Top
%d bloggers like this: