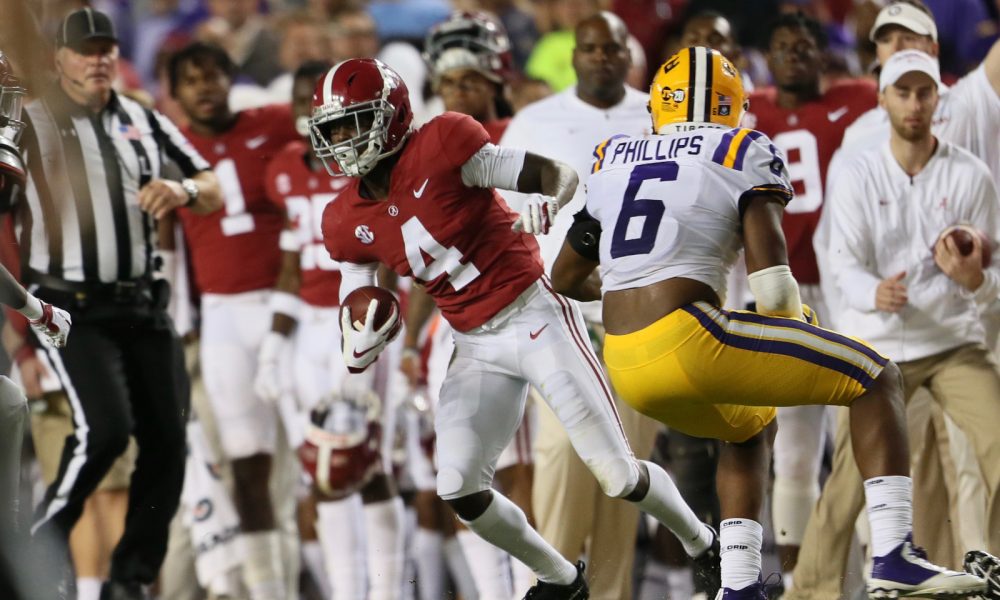 It is absolutely congested in Tuscaloosa, Ala.

All eyes will be on Bryant-Denny Stadium for what has been named the sequel to the 2011 “Game of the Century.” Both Alabama and LSU enter the contest undefeated and with everything on the line, in terms of a Southeastern Conference Championship, a spot in the College Football Playoff, Heisman Trophy implications and the NFL Draft, national media, betting sites and fans of the sport have made this the most highly-anticipated game of the year.

In this week’s edition of In My Own Words, yours truly of Touchdown Alabama Magazine provided information on the CFP rankings, talked Crimson Tide recruiting and dove more into this weekend’s game.

Alabama will host almost everyone in its 2020 recruiting class versus LSU.

Justin Smith, lead scouting and recruiting analyst for TDA Magazine discussed all the young athletes that will be on campus for a visit – including five-star quarterback, Bryce Young.

On Tuesday, the CFP committee released its first installment of rankings and had LSU and Alabama at No. 2 and 3 respectively. The loser of this game may have a difficult time getting back into the conversation, while the winner is destined for a national title run. While the Tigers have found its swagger on offense, is it really a different team that what it displayed in 2018?

Check out the video below as I discuss the rankings and whether LSU is legit or not.

The impact of the 2011 game may not be felt in this one; nevertheless, representatives from the National Football League want to see the next wave of stars. Five players for Alabama are in need of a dominant performance to secure either a high draft stock or at least a favorable one.

Watch the video below on the five players that are selected.

Gary Danielson of CBS Sports weighs in on Tua Tagovailoa, says he’s ‘not 100 percent’
Even with the loss to LSU, for Alabama it’s not over till it’s over
To Top
%d bloggers like this: