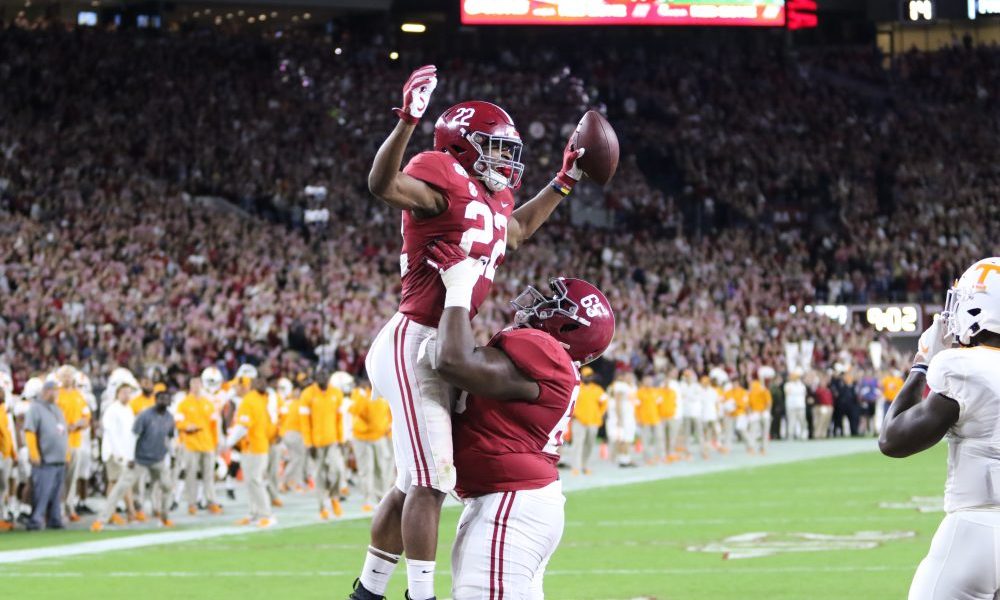 On the eve of the biggest game of the college football season, some former Alabama players have been showing their support to the current members of the Crimson Tide. Former Alabama running back Shaun Alexander decided to give some inspiration to the tide’s starting back Najee Harris via Twitter.

Alexander definitely knows a thing or two about having big games against LSU. During the 1996 season, Alexander posted the most impressive game in the history of Alabama running backs, setting a record that may never get touched.

As a freshman, Alexander ran for a school-record 291 yards and four touchdowns during a 26-0 win over the Tigers in Death Valley.

In the tweet, Alexander also gives credit to Derrick Henry who had his Heisman Trophy moment during a regular-season game against LSU, Trent Richardson who scored the only touchdown in the 2011 National Championship game between the two and Mark Ingram who ran for 144 yards on the Tigers during his own Heisman campaign.

Now all eyes turn to the current back for the Crimson Tide in Harris. Harris has been turning things up a notch in 2019, after a slow start he’s played his best football the last three games and has rushed for 642 yards and five touchdowns with 171 receiving yards and four touchdowns.

It seems as if everytime Alabama defeats the LSU it’s with the help of the running game and Alexander looks to help boost the chances Harris having a breakout game.