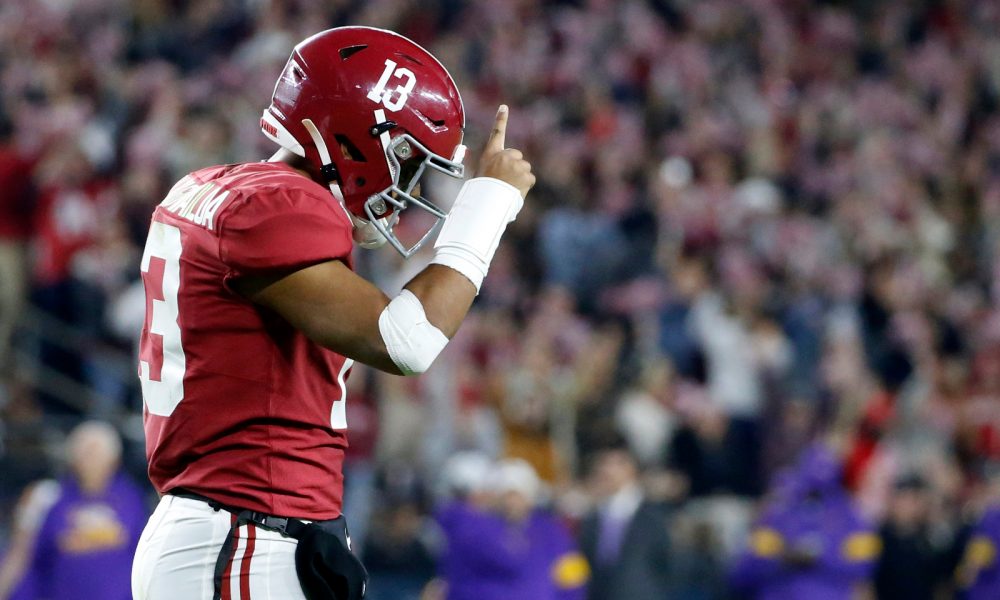 Could we see part two of Mac-10 as the starter?

It seems to be trending that way, especially after Nick Saban’s presser on Wednesday.

Tua Tagovailoa, Alabama’s starting quarterback, made progress at practice via Saban as the soreness has gone down some in his right ankle.

The junior missed practiced on Monday and was very limited on Tuesday, following a gritty performance versus LSU at Bryant-Denny Stadium.

He tossed for 418 yards with four touchdowns and despite a 46-41 loss, the former five-star gave it everything he had. Per Saban, Tagovailoa is a ‘game-time decision’ for Mississippi State.

“It’s the first time that some of the soreness has gone out and he started to make progress,” Saban said. “He still did not do a whole lot in practice today, but we’ll see where he’s at tomorrow and go from there. Hopefully, he will be able to do something tomorrow.”

Although it has not been the best season for the Bulldogs, the idea for Alabama is to have Tagovailoa at full strength.

With this being said, Saban has definitely considered Mac Jones for this week. The redshirt sophomore has been leading quarterbacks through drills in practice.

He accounted for 235 passing yards with three scores versus Arkansas and led the team to a 48-7 win at home.

The hope is for Tagovailoa to go on Saturday; however, Saban said Jones has practiced well throughout the week and is handling how Mississippi State may go about pressuring him.

“Mac has to get ready to go every week,” Saban said.

Brian Baker, who serves as defensive line coach for the Tide, was an assistant for the Bulldogs from 2016 to 2018. He produced Montez Sweat and Jeffery Simmons into being NFL Draft picks, so he knows the physicality the program instills.

While it has just 13 sacks in nine games, Saban said Jones has to be aware of where the pressure comes from – should he get the start.

“This is a different type of defense,” he said.

“There is a lot more pressure, a lot more stunts. They pressure you probably about 50% of the time. They have a lot of stuff that they do on third down, so this is a much more challenging preparation for him. He is smart and we’ll see how he plays in the game.”

At the end of the day, Saban will keep things close to the vest.

If Tagovailoa progresses smoothly in Thursday’s walkthrough, then he will play. If not, the team is perfectly comfortable with Jones running the offense.

“I can’t tell you whether a guy is going to play good or bad,” Saban said of Jones.

“We just try to prepare them the best we can… Most of the time, the guys that practice good play well and he’s practiced pretty well so far this week.”

Alabama and Mississippi State will battle things out on Saturday at 11:00 a.m. at Davis Wade Stadium in Starkville, Miss.