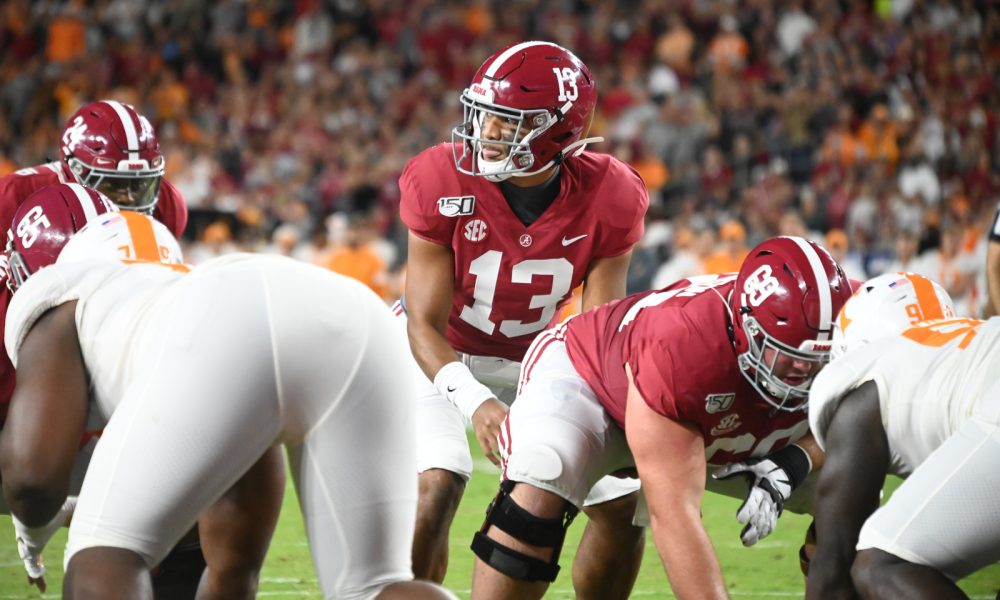 Tua’s injury looks to be season ending. Read what sources are saying at this point. But be reminded, nothing official has been said and these reports are unsubstantiated.

The Mac Jones era begins in Tuscaloosa. I’m hearing from several sources that Tua’s injury is indeed serious and that there could be hip fracture. One source says it’s a hip fracture similar to the one that ended the career of Bo Jackson. But in any event, Mac Jones will lead Alabama through the end of the season and into any post season games that Alabama will play in.

Sources also are saying that Tua will once again undergo surgery either tonight or first thing in the morning. He is medicated but is still in pain as you would expect.

It will be interesting how this affects the committee for the playoffs future decisions and ranking for Alabama once word is out that Tua will not be part of the Bama offense for the rest of the year.

As for second guessing Saban’s decision to have Tua playing, I refer you to someone who knows Saban and the process more than I do. Here is a tweet from Barrett Jones:

Final thought regarding Tua: Coach Saban takes players out of the game for one reason: to give other guys a chance to develop. It’s never bc he is afraid they will get hurt. That’s “The Process”. You can’t praise it one second and curse it the next.

All that can be done at this time is to remember Tua and his family in your prayers. Tua is a warrior and he will be back if it is humanly possible. As for a time table, according to myhealth.alberta.ca, Most people are able to return to work 4 weeks to 4 months after surgery. But it may take 6 months to 1 year for you to fully recover. Some people, especially older people, are never able to move quite as well as they used to.

***Update***  There is so much dissension over his condition. Most are now saying that is a dislocated hip, (which would still be a season ending injury) with a possible fracture. Either way, his season is over and we’ll just wait for the official statement from the University or the Tagovailoa family for an absolute certain prognosis.