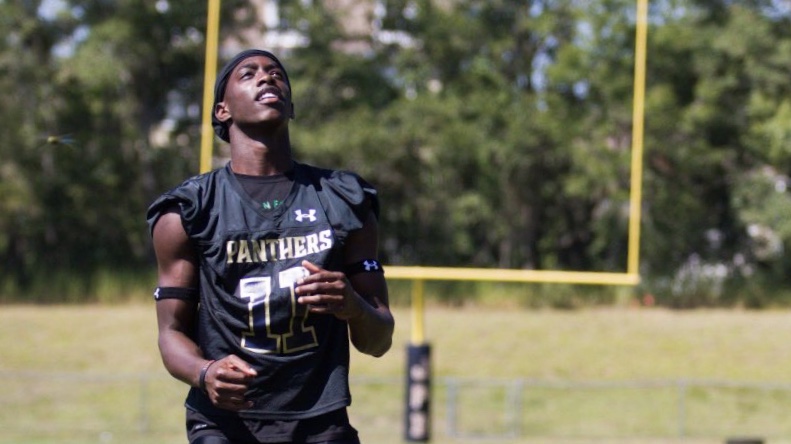 Alabama extended an offer to 2021 defensive back, Terrion Arnold, on Friday via the Tide’s safeties’ coach, Charles Kelly.

After a great conversation with @CoachKellyUA1 I am Blessed to receive an offer from The University Of Alabama #RollTide @AlabamaFTBL ?⚪️? pic.twitter.com/dUUe1qjhSb

Arnold is a product of John Catholic High School in Tallahassee, Florida. Rutgers was the first school to offer Arnold in May and 25 Division 1 schools have offered him since then. The Florida product said the Tide’s coaching staff had been looking at him the entire season.

“Coach (Charles) Kelly said I had been on the radar for a while now,” Arnold said. “They had been evaluating me all season, and finally pulled the trigger. I feel extremely blessed and feel like my hard work is paying off.”

Alabama has been able to produce some notable defensive backs during Nick Saban’s tenure. Landon Collins, Minkah Fitzpatrick and Marlon Humphrey are just a few. Arnold said the Tide’s success will factor into his decision.

“Their success is great and they are going to continue to do that, so that definitely plays a big role in my decision when looking at them,” Arnold said.

St. John Catholic put Arnold’s athleticism on full display during his junior season as he returned kickoffs, lined up at the wide receiver position and at defensive back. A huge junior season has catapulted Arnold’s recruitment. A total of eight schools have offered him in November.

Alabama has not hosted Arnold this season and will most likely not. He is looking at making a visit to Tuscaloosa during Alabama’s off-season.

“I will be trying to make it down there this Spring,” Arnold said.

Latrell McCutchin is currently Alabama’s only 2021 defensive back commit. Arnold’s name looks to be in the mix as Alabama will look to continue the Florida to Alabama pipeline.