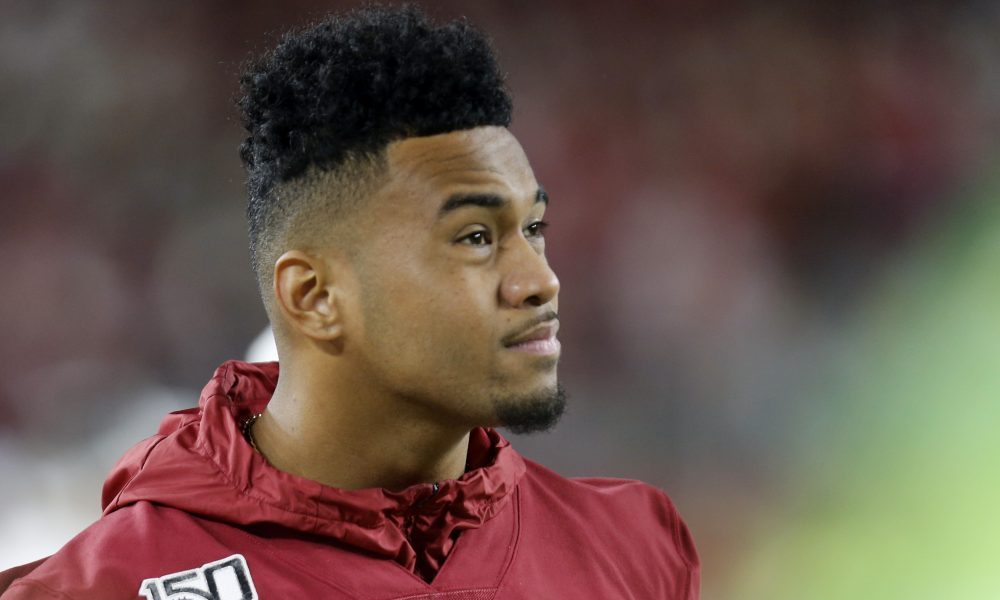 In a statement released by the university, Alabama quarterback Tua Tagovailoa will fly to Houston on Monday for his hip surgery.

“For the past 24 hours our medical team has consulted with multiple orthopedic experts across the country, who specialize in hip injuries and surgeries,” said Dr. Lyle Cain in the statement. “Based on that research, Tua is being flown to Houston tonight to be evaluated and is scheduled to have hip surgery Monday. As previously stated we anticipate a full recovery. The main focus has been, and will remain, on Tua, his family, and making sure we are providing them the best medical care possible.”

Last Saturday, Tagovailoa suffered a dislocated hip late in the second quarter of Alabama’s 38-7 win over Mississippi State. Due to the severity of the injury, he was carted off of the field and immediately flown to St. Vincents Medical Center in Birmingham, AL.

RELATED: Now without Tua Tagovailoa, Alabama drops to No. 5 in Coaches Poll

Head coach Nick Saban called the play “a freak thing you seldom see,” during his postgame press conference. Saban also commented on his reasoning for leaving Tagovailoa in the game despite the team’s controlling lead.

“I don’t really make a lot of decisions based on worrying about guys getting hurt,” said Saban. “… The way I look at this whole thing is Tua’s our No. 1 quarterback. If he’s physically able to play, we wanted to play him in the game. That’s what he wanted to do, and that’s what our team wanted to do. If I would know that anything bad was going to happen, I certainly wouldn’t have put him in that situation, but we’re a team.

“And we’re a team that’s trying to get better in the longterm, in the long run to see if we can finish the season the way we want, and I hate that the guy got hurt.”

Following Tagovailoa’s injury, sophomore Mac Jones entered the game to once again fill in for the junior quarterback. Jones started his first game of the season against Arkansas when Tagovailoa was recovering from a tight rope procedure on his right ankle. So far Jones has performed admirably in the snaps he has gotten.

On the season Jones has thrown for 566 yards, four touchdowns, one interception and is completing 70 percent of his throws.

“We have total confidence in Mac,” said Saban during his post game press conference. “I thought Mac did a good job when he went in the game.”