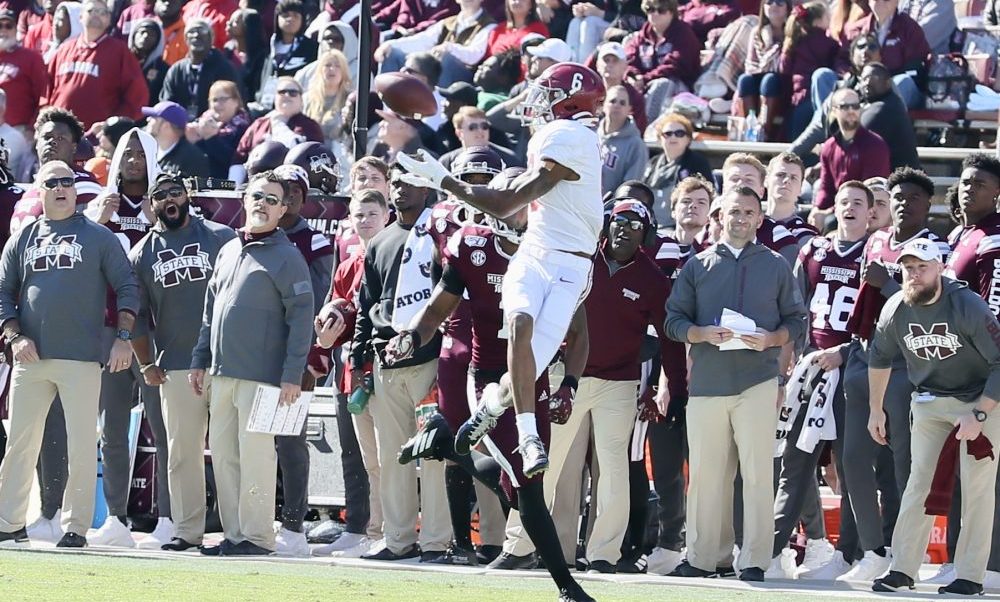 Even after defeating Mississippi State 38-7 that didn’t convince the voters of the Coaches Poll to keep Alabama in the top four as the team has now dropped one spot to number five.

Alabama’s College Football Playoff ranking now matches the Coaches Poll with just two weeks left in the regular season to make a push to the postseason. Georgia now holds the four spot ahead of the Crimson Tide after beating Auburn 21-14 and clinching the SEC East regular-season title.

Although both teams won, it is likely that the injury to Tua Tagovailoa was a factor in dropping Alabama down a spot.

Alabama has two remaining games on the season, next Saturday against Western Carolina and Nov. 31 at Auburn.

Listed below is the Coaches Poll top 10:

The CFP rankings will be released on Tuesday at 6:30 p.m. on ESPN to see if there are any other big shifts within the top 25.