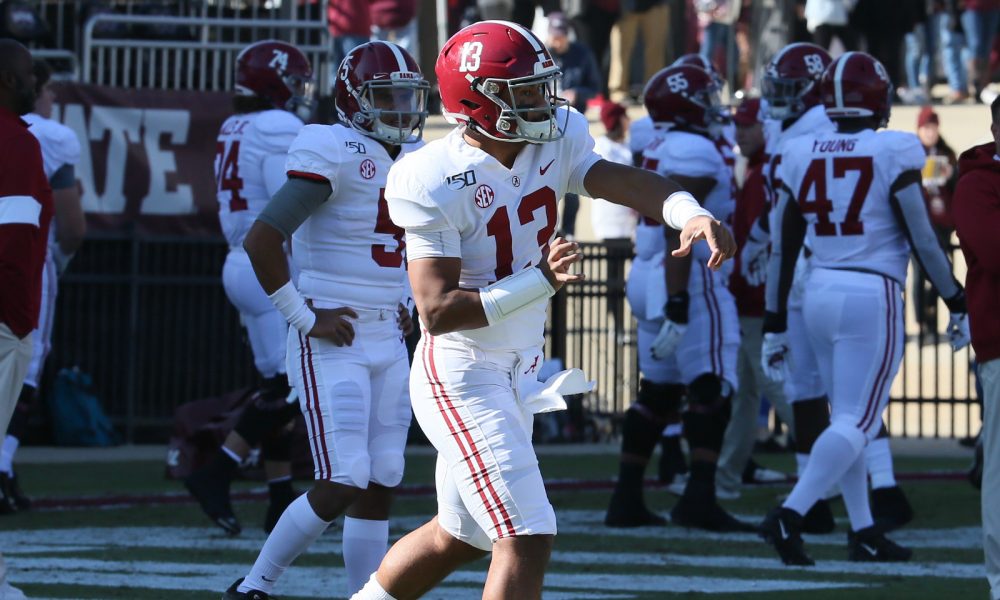 After talking about Tua Tagovailoa in his opening statement on Monday and taking questions from reporters on the junior quarterback, Alabama’s Nick Saban recaptured a memory on a former Crimson Tide player that had the same misfortune yet found a way to bounce back.

Before he became a Butkus Award winner and an All-American, C.J. Mosley was entering his sophomore season at Alabama in 2011.

He totaled 36 tackles – including 4.5 for loss and two sacks that year.

Mosley was part of a stifling defense that led the nation in all five categories, including scoring defense (8.3 ppg allowed). In the 2012 BCS National Championship Game versus LSU, the talented linebacker sustained a dislocated hip after recording an interception.

Saban said Mosley was able to return and have a great career.

To validate his point, the alumnus of Theodore (Ala.) High School led the Tide in tackles for both 2012 and 2013. He was the captain of the 2012 group that advanced to the national title matchup and defeated Notre Dame in Miami Gardens, Fla.

Upon his career ending at Alabama, Mosley was taken No. 17 overall by the Baltimore Ravens in the 2014 NFL Draft. He is now with the New York Jets — after five years in Baltimore — and is one of the league’s best linebackers.

Since the injury, Mosley has been voted to four Pro Bowls.

With this being noted, there is an opportunity for Tagovailoa to have a comeback story.

Per a report from ESPN’s Laura Rutledge, his injury was different from that of former Auburn legend, Bo Jackson. Doctors responded quickly in getting treatment for Tagovailoa and he is ‘expected’ to make a full recovery. In building off Rutledge’s point, Adam Schefter of ESPN continued with more good news in regards to Tagovailoa’s path in returning to football.

Tua Tagovailoa will be on a partial weight bearing recovery plan for six weeks and will be rehabbing daily in Tuscaloosa, per @LauraRutledge. Then, in three months, he will be able to begin athletic activity again, and by the spring, he is expected to be able to resume throwing.

Medicine has come a long way, especially in the modern-era.

Alabama has seen guys like Kenyan Drake, Eddie Jackson, Shaun Dion Hamilton, Dont’a Hightower and Robert Foster among others suffer crushing injuries; however, the medical staff has performed wonders in getting them healthy and each one transitioned well into the NFL.

Tagovailoa is a fighter and he has a chance to do what Mosley did.